The Disappointment Of South Africa 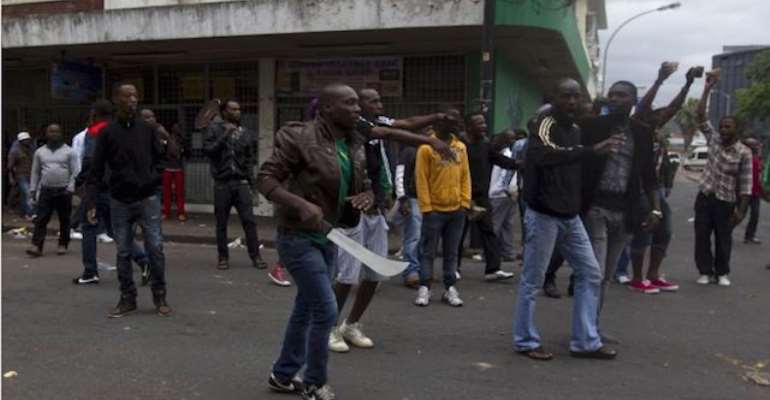 In the melee of the racialistic, chauvinistic and waspish terror attacks on fellow foreign Africans in South Africa, it is only proper that one suffices it to say that South Africans have betrayed the 'Black Race'.

Historically, South Africa's independence came about chiefly as a result of the interventions made by other African States and leaders.

History has it that, it was the victory of the Battle of Cuito Cuanavale which forced the Apartheid Authority to the final negotiation table.

Indeed, just five years (2012) ago, Commander Jorges Valdez Risquet was in Ghana to give his testimony about how Nkrumah assisted them to pass through Ghana on their way to the Battle of Cuito Cuanavale which paved way for the democratic dispensation in South Africa.

He said, and I paraphrase "on our way to the Battle of Cuito Cuanavale, we passed through Ghana with our weapons concealed in our bags under a special arrangement Nkrumah had made for us...".

Indeed, at the final negotiation table, it was Commander Jorges Risquet and Captain Kojo Tsikata who put on the table that before the Joint Internationalist Forces were withdrawn, then Angola, Namibia and Mozambique needed to be granted independence and also the Apartheid regime in South Africa needed to be dismantled.

This brought the independence in South Africa.
I have not even mentioned, apart from the human resources, the financial and weaponery support that Nkrumah(Ghana) and Fidel Castro(Cuba) gave to South Africa to pave way for their new democratic dispensation.

History has it that, Sir Abubakar Tafawa Balewa of Nigeria was the first African leader to offer monetary support, directly to the ANC in the early 1960s in the fight against Apartheid in South Africa.

It is also on record that Nigeria single handedly offered $5-million yearly subvention to the ANC and the Pan Africanist Congress (PAC) to aid the fight against Apartheid in South Africa.

Also, General Obasanjo's military government contributed $3.7 million to the struggle against the Apartheid.

Therefore, for South Africans to be racialistically and chauvinistically attacking fellow Africans in the manner in which they did in 2015 and are still doing in 2017, is a gross betrayal of the sacred spirit of Africanism and I think it is most unfortunate, hence needs a collective condemnation with alacrity and gusto.

This is SHAMFUL!!!.
May Allah/God protect the rest, may the wounded convalesce and may the soul of the victims of these brutal attacks rest in peace!