The Response By Madam Afua Sarkodie (SSNIT Boss) - A Subtle Politics Or A Tacit Insult? I Leave It To Your Conjecture! 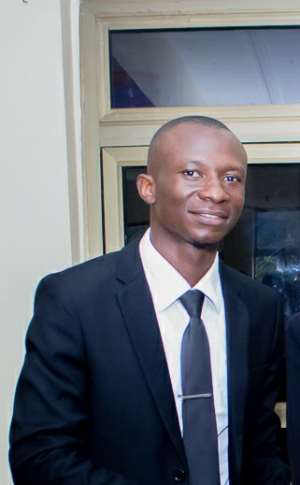 In the heat of the Former President's call on SSNIT to allow a partial assessment to beneficiaries in this time of difficulty, I am not completely nonplussed by the comments I am reading from people with a political inclination towards the NPP, because I don't expect friendly treatment from them, but my befuddlement lies in the posture of the SSNIT Boss.

For the purpose of communication, the Former President said “Social security contributions are essentially an insurance scheme made not just for pensions in old age before we die. They are also made to help contributors in times of adversities such as this. Not all will come out and queue for food, but as has been done in other countries like St. Lucia, I think a token payment to all contributors of a certain token sum over three months would have afforded many the assurance of feeding their families during this abnormal times”. John Dramani Mahama is not suggesting illegality as the SSNIT Boss sought to aver, in her response to the Former President.

John Dramani Mahama knows the laws establishing the SSNIT (National Pensions Act 2008, Act 766), but is only making the appeal for its assessment, partially, in these difficult times. In furtherance, he cited St. Lucia as having done it without any legal crisis. Unfortunately, the SSNIT Boss, Madam Afua Sarkodie made the point suggestive of which the Former President was ignorant about the law governing the Pensions, which in the final analysis, is very unfortunate!

The SSNIT Boss should have known better than that, and that would have informed her not to have gone on that tangent, because the Former President is not oblivious of the laws, but is making the call relative to the situation in which we all find ourselves, justifiably.

In any event, what is more worrying than spending money (Heritage Fund) today which belongs to somebody tomorrow? The Heritage Fund, according to the Petroleum Revenue Management Act, is reserved for our future generations, but in this era of difficulty, government is making huge expenses from it in flagrant violation of the law without question. Why? Because government thinks necessity dictates!

If that is the orientation, then the same case can be made for the SSNIT, and even in this case it is my own money reserved for tomorrow. This one even makes more sense than spending the Heritage Fund which belongs to somebody tomorrow.

A. The Annual Budget Funding Amount (ABFA 70%)
B. The Heritage Fund (HF 9%)
C. Stabilization Fund (SF 21%)
The PRM Act, 2011 (Act 815) states EMPHATICALLY that the Heritage Fund (HF) will only be touched and used after the oil reserves in the country have been depleted. This means that the HF is simply untouchable because it has been reserved for the development of our future generations. The PRM Act, 2011 also states that parliament can only review the act after 15 years of enactment. Clearly using the Heritage Fund in normal times is an act of illegality, but its use has been justified by government in the era of this foreign contagion.

This is an indication that the SSNIT can be accessed partially in this time of difficulty and will be justified.

Madam SSNIT Boss, I beg for an answer for this question. Please what informed your decision to donate that huge amount of Cedis into the COVID-19 Fund? I believe you realized that we are not in normal times? So you see? Your own 'benevolent posture', institutionally, has betrayed your public utterance. Madam, make no mistake, the Former President made an excellent call, but unfortunately you are only responding in the dissentive to ostensibly subject the Former President to public objurgation and revilement.

Madam, in the final analysis, if we as a country can expend the Heritage Fund reserved for our future children under the certificate of COVID-19, then common decency dictates that we can partially access the SSNIT under the same cover without legal qualms.

God bless our homeland Ghana and make our nation great and strong, and extricate us from unnecessary partisanship from civil servants and technocrats!

I leave it here, thank you!
@ OSUMAN ABUBAKAR