The Tattletale Of 4 Former First Ladies 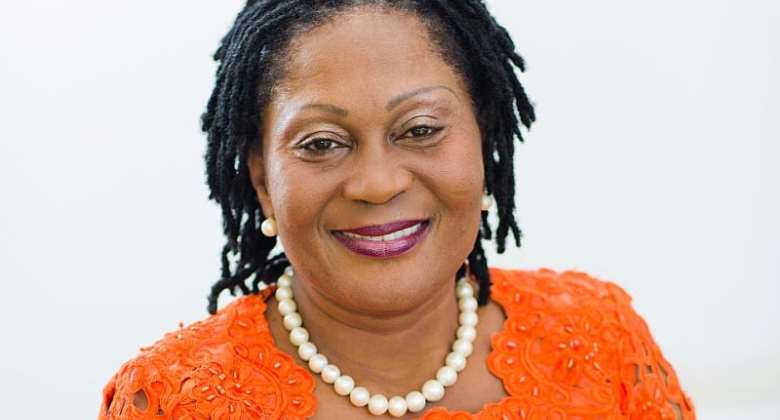 I don't want to believe that Madam Lordina Mahama, the immediate First Lady of Ghana ever thought that one day she will also become a former First lady. Do not ask me why because her behavior did not suggest so.

She strutted the land like colossus and went out of her way to display opulence to the disgust of the common man on the street who could not make ends meet. The lady did not know that one day the chickens will come home to roost.

Before and during the 2016 electioneering campaign, this woman literally commandeered state resource and traversed the land with large number of cars and motorcades to march. She and her husband flew in helicopters and criss-crossed the length and breadth of Ghana, canvassing for votes for the NDC. She did not hesitate to dash cars to chiefs and queenmothers all in an attempt to woo them to convince their subjects to vote for the NDC. That was the biggest mistake she made. In the Brong Ahafo Region where she hails from, huge and costly billboards could be seen in almost every town embossed with her pictures and that of her husband as if she also stood for an election. As for Paa Kwesi Amissah – Arthur nobody saw his picture on any billboard. The man was relegated to the bench and treated with ordinary contempt.

In the Brong Ahafo Region, Madam Lordina had her own chosen DCEs who paid allegiance to nobody but her alone. Even the Chief of Staff, Mr. Ernest Debra shivered at the mention of Lordina Mahama. As for NDC Ministers, they feared the woman more than the President. They used to call her “Sika Nikanika” (Money corn mill). In those wish-to-be-forgotten days of profligate spending, the name Lordina Mahama became synonymous to good living and show of political power. Today all have become history and Madam Lordina Mahama has come to join the club of former First Ladies of Ghana and the Lordina Foundation, a conduit to siphon state resources for vote buying has fallen into the Atlantic Ocean. The cost of one V8 could construct more than twenty boreholes for the poor folks in the Northern Region who drink unwholesome and guinea worm infested water with their animals but Lordina Mahama chose to give chiefs and queenmother such luxurious cars.

When the NDC assembled top men and women of the party to do soul searching and find out what might have led to their humiliating defeat, I thought they should not look far. You have a First Lady spending recklessly as if the world is about to come to an end in the face of abstract poverty that engulfed the nation and you expect people to vote for the party to continue with such a behavior? That will never happen in God's own country. On 7th December 2016, the Almighty Lord pitched His camp in Ghana and raised up His mighty hand and Ghana became free again. That is how God punishes arrogance of power.

You see, many Ghanaians are not good historians and so they do not look back like historians do. Madam Fulera Limann, the wife of the late Executive President of Ghana, Dr. Hilla Limann is alive and kicking but sadly, Ghanaians seem to have forgotten her. Since the death of her husband who was removed from office unconstitutionally without any benefit, nobody seems to care about this lady and her children. Her husband who was never brought to trial, even though the 'Khaki Boys' labeled several charges against him, died a pauper. I remember when Limann was alive, Fulera came out boldly to tell Ghanaians that she had to go to the Zongos to beg for corn flour to cook 'tuozaafi' for her husband because times were hard for the Former First Lady and her husband. When Lordina Mahama was dashing her V8 cars, it did not occur to her that Fulera too should be given one as a former first lady.

Madam Nana Konadu Agyemang Rawlings was the one who actually brought the Ghanaian woman to the limelight by forming her 31st December Movement which empowered our women folks in the rural areas to engage in profit-making ventures like gari processing factories, palm oil factories, soap-making factories among others. This is a woman who did put her nose on the grindstone to help her husband rule this country for close to two decades. Madam Konadu Rawlings was never seen criss-crossing the country in helicopters to canvas for votes for the NDC neither was she seen living in opulence like the way Lordina Mahama did. Madam Rawlings and her husband never acquired any mansion in Dubai and she still lives in their modest house in Accra.

Madam Rawlings will go down in the political history of Ghana as a woman who dared all the odds and challenged a sitting president in her own political party. Since leaving the NDC to form her own party, the mafia in the NDC have never hesitated to cow and run her down but she is as adamant as an Amazonian woman. What I like about this former First Lady is that she refuses to be cowed down, no matter how hard her enemies try.

As for Madam Theresa Kufuor, the wife of the former President, Mr. John Agyekum Kufuor, she is an epitome of virtue. Even when she was the First Lady, she was so modest that you cannot make her out from a crowd of ladies. She dressed as simple as any ordinary Ghanaian lady. Madam Theresa seldom spoke in public and never displayed the type of opulence Lordina displayed when her husband was in power. They say behind a successful a man is a woman. Madam Theresa contributed silently to the success story of her husband but Lordina contributed openly to the failure of her husband.

Madam Rebecca Akufo Addo should learn from the mistakes of Lordina Mahama. She has started very well and I wish her the best. As a First Lady, there are several pitfalls along the way, Madam should tread carefully because now that her husband is the president of Ghana, pressure will be brought to bear on her. People who want favours from her husband will continue to worry her but she should stand firm. Her handlers should not make her look unapproachable. During the 2012 electioneering campaign, I experienced something which should not be allowed to happen again. There were these women who used to follow her and acted as if one cannot shake the hand of madam without seeking permission from them.

Pythagoras was a philosopher and a mathematician who lived many years ago but a lot of things have remained the same, like the significance of education for both individuals and society. When President Nana Akufo Addo mooted the idea of Free Senior High School more than ten years ago and the NDC apparatchiks doubted its feasibility, I laughed. And when former president John Dramani Mahama later told Parliament during one of his State of the Nation Addresses that his government was going to introduce Free SHS progressively I wetted my pants through laughter.

Free education refers to education that is funded through taxation or charitable organizations rather than tuition funding. Simple.

It is as easy as ABC to introduce Free SHS in Ghana considering the fact that this country sits on untapped wealth. The truth is that we have misplaced priorities. Woyome's dubious judgment debt payment could fund Free SHS for more than five years. If a country that can boast of cocoa, timber, gold, diamond, manganese, bauxite, oil, salt and others cannot introduce Free SHS and a country like Uganda can do that then something has gone wrong. In 2007, Uganda became the first country in sub-Saharan Africa to introduce Free Secondary School. In fact, Uganda's Free Universal Secondary School has led to a tremendous increase in school enrolment. In one particular school in Kampala, where the enrolment in 2006 was a few hundred students, the enrolment shot to more than 3000 when the scheme started. 45% of the enrolment were girls. Additionally, Uganda's Free Secondary School programme has led to the creation of more jobs and also resulted in more schools being built. What has Uganda got that we don't have?

Take Kenya for example. When then candidate Nana Akufo Addo was preaching free SHS in 2008, President Mwai Kibaki had introduced free Day Secondary School in Kenya, a country that can't boast of any more natural resources than Ghana. In 2016, President Uhuru Kenyatta told Kenyans that in 2019 he was going to introduce completely free Secondary School in Kenya. He said no child should be out of school over fees irrespective of social status. Hear him: “The central place of education in national development is crucial and the government will continue to invest heavily in education. We are doing this to improve the quality of education and ease the burden on parents by removing impediments of access to Secondary School.” I can't wait for September for my grandson to enter SHS FREE!!! And also eat FREE!!!