Hon. Agyarko May Be Of The Other World! 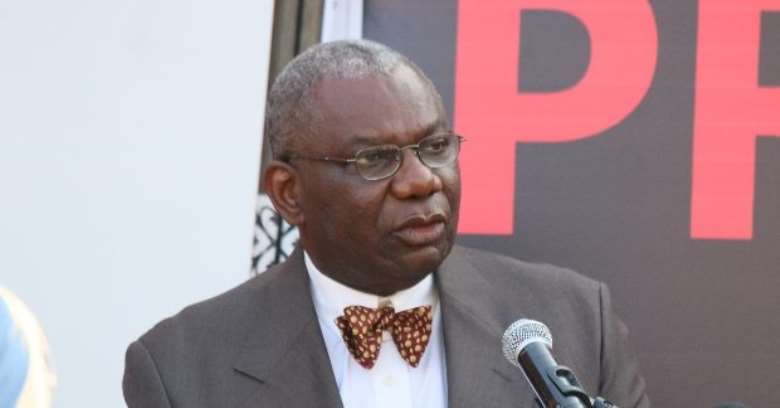 .. the saying goes; there is no smoke without fire, that is, if rumours are rampant of something, when traced carefully, there is high probability of getting to the cause of the said rumours..

And ever since inception of fourth Republic in Ghana, several vetting sessions have taken place. In 92, if memories should serve me correctly, NPP boycotted general elections, the first election of the fourth Republic, again in 2012 or 2013 NPP boycotted, this time not the election but parliamentary vetting to approve ministerial nominees of NDC government. That was when NPP was challenging the victory of former president John Dramani Mahama at the supreme court for eight months

Salvo 92/93 and 2012/2013 parliamentary vettings, the rest, with respect of fourth Republic - l think, there are total of four or five vetting sessions in the floor of Ghanaian parliament - there hadn't been any allegation of ministerial appointee trying to bribe legislators to have him or her approved

That is why Minister designated for energy, Mr. Boakye Agarko bribery allegations came not only very shocking but also sending ripple effect down to the populace. Because the minister designated for energy - though now approved - is supposed to be part of cabinet of Nana Addo Danquah Akufo-Addo, the president of Republic of Ghana, the man widely projected as not only can't be corrupted but not entirely corrupt in his personal quality

Notwithstanding, as Hon. Agyarko waits for the commission of inquiry, he is supposed to conduct himself in the manner that will vindicate him in public opinion such that the bribery allegations leveled against him will be seen as political ruse or hubris designed by detractors to tanish his reputation and that of the government he represents.

And needless to say Mr. Agyarko who is part of government that rode to victory on the oars of majority votes of Ghanaians including those of NDC because there is no NPP majority neither there is of NDC, is supposed to be minister for all and at least if Nana Akufo-Addo, now, the president's per-electioneering assurance of being president of and for all is anything to go by, one will find difficult to understand the impending political vindictiveness of opponents. What did Mr. Agyarko mean with the latest vituperative politically intemperate rhetoric of identifying and shaming 'NDC civil servants?'

For starters, we only have Ghanaians as civil servants - not NDC, NPP, CPP, PPP etc. civil servants. lf we have to redefine and recategorize our understanding of democracy, we will come to a daunting conclusion that there is limit to which leaders are entitled to when vested with powers, and there is different between that limit and fundamental human rights of Ghanaian society in general

I have said on several occasions that in any functional democracy, the most powerful man in terms of national security is minister of interior, in Ghana, to avoid the incidents constantly unconstitutional dismissals of security capos seen as a threat to new government, is simply by overshadowing them giving more authority and power to minister of interior, who will in turn be the boss of both the police force and intelligence service - that is how is done everywhere!

In as much as I must agree that a month of NPP government in power may be too early to use as basis of judgement of what await us but definitely prices of things have gone high with solutions to 'real' problems zero. And as if rampaging NPP thugs 'invisible forces' which is resulting in loss of properties and limbs is not enough, the minister of energy is warning of more to come

What minister Agyarko may be a bit naïve of is that Ghana is a country of rule of law and when the supposed 'NDC civil servants' are identified and shamed, they may seek redress in court of law, which will in turn result in unnecessary 'judgement debts.' l don't think NPP government is ready for that

[Audio] 'Because of Mr Akudugu you want to destroy me, It wo...
22 minutes ago