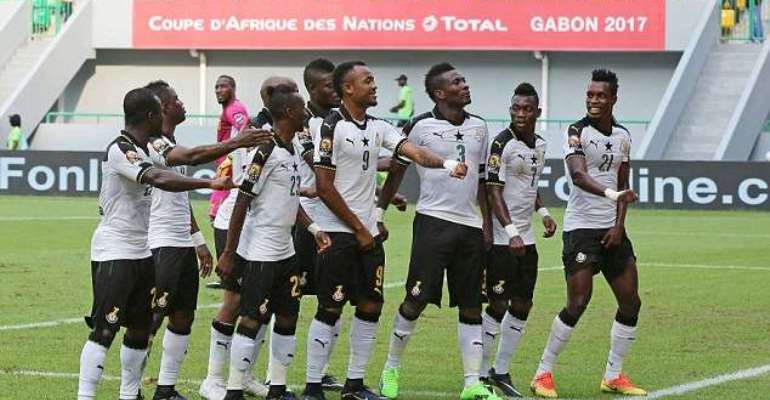 It may not be written anywhere, but it is an undeniable fact that in true Ghanaian culture it is very difficult, if not impossible, for a child to win an argument against an older person. At home (the child against the parents), at the workplace (the subordinate against the boss), and in school (the pupil against the teacher), the younger or subordinate one is always seen to be displaying insubordination, disrespect or arrogance whenever he/she tries to defend his rights. ‘Shut up, you small boy’ is the usual order whenever the ‘too-known’ youngster decides to defend himself from being bullied even when he is convinced he has a good case.

In fact, during my secondary school days a senior, even by one year, was always the boss and as such always right, while the junior was always wrong and had to submit to the senior. A classic master-servant relationship. The result of this is that over 40 years after leaving secondary school I’m still not so comfortable addressing some of my school seniors by name, but rather ‘Senior’. And what I’ve come to realise lately is that school pupils nowadays address and refer to their teachers only as “Sir” and “Madam”.

We Hate The Black Stars, Don’t We?
In recent times, and especially following Ghana’s inability to progress from the group to the knock-out stage of the 2014 World Cup in Brazil our one-time ‘twinkle-twinkle little stars’ have been called all sorts of names in a way and manner that seems to suggest that in this dear country of ours every other institution is doing so well while players of our senior national soccer team, the Black Stars, represent the worst that ever happened to us. But come to think of it, could it be that Ghanaians are so naïve not to acknowledge the fact that in the History of the FIFA World Cup we are not one of the highest ranked teams to have failed to progress to the second stage?

To refresh our memory, after all the 32 teams had played three matches each, Ghana found itself among the 16 countries who failed to progress to the next stage. Among the ‘failures’ were former champions Uruguay, Italy, England, defending champions Spain, and Portugal with all their Ronaldo. Both Ghana and England exited with two losses and a draw each. Ghana scored four and conceded six while England scored two and conceded four. In the history of the FIFA World Cup there have been instances where after three matches some teams couldn’t score even one goal. So where is all this noise about Ghana being humiliated in Brazil coming from? The point here, therefore, is that all the crime the Stars are being accused of has nothing to do with their performance on the field of play but rather for insisting on, and being paid appearance fee while playing for their country. By so doing, therefore, the ‘boys’ have not shown patriotism.

From my humble corner, I find this as most unfortunate and unfair. We happen to live in a country where any story consistently promoted by the press is accepted as true. This dates back to my days as a child when “I heard it on the radio (GBC in those days)” or “it was published in the ‘Graphic’” was all the evidence needed to prove that a story was true. So, all you need to make you unpopular is bad press, which is exactly what the Black Stars got.

So Where Are The Real Patriots?
Of all the patriotic Ghanaians out there I’ve chosen our politicians to make a little comparison with our players, since after all, on any given day the most popular topic for discussion on our airwaves is sports and politics. The main distinction between our politicians and our national players is that while the former are mostly more mature and well educated the latter are all youthful and averagely with basic/secondary education. In other words, in line with our culture that I’ve already referred to, the relationship between our political leaders and players is that of father/mother/boss and child/subordinate. In this type of relationship even if the child is being physically punished unfairly he’s not even supposed to scream “leave me alone!” in an attempt to free himself. If he does he’s is seen as disrespectful and arrogant. A good example of this is what was said about one of the Ayew brothers for daring to state that ‘we are professionals’. How dare him! The more acceptable behaviour was for him to put his two hands behind him and bow to say ‘we are sorry for demanding appearance fee’.

Arguably one of the most significant stories that came from Brazil in 2014 was how cash was flown from Ghana for distribution to the players who had threatened not to honour an impending match. Yes, that may be as bad as it was but why has the press not also highlighted the earlier failed promises by the authorities to pay them the amount that prompted their action in the first place? And in any case how different is the players’ action from that of our doctors, University and Polytechnic lectures and state attorneys who have gone on strike one time or another to press for their demands?

Don’t Other Professionals Get Paid?
So the question is: when Ghanaian professionals, other than players, are called upon by the State to offer their services do they get paid or not? Has anyone cared to find out if our politicians receive any allowances when they travel outside the country to perform duties for the state? Our top politicians and state officials live virtually at state expense – state bungalows, chauffeur-driven vehicles and sometimes even cooks and servants. Yet they are not seen as unpatriotic when they receive allowances when they travel abroad at government expense to perform official duties. And lest I forget. Did Ghanaians know, and do we accept it as proper, that even while our Honourable Members of Parliament (MPs) attend committee sittings like vetting presidential nominees for ministerial appointments they take allowances? My God! Could this be the reason why as many as 26 MPs should be questioning nominees all of who have about 99.9% chance of approval anyway? So why don’t we find some neutral persons to do a proper vetting? Yet our players who leave their comfortable homes and families to be camped for three weeks are seen as unpatriotic because they demand appearance fees and bonus like other players who play for their country. Yes, this is the culture I’ve already referred to. The ‘bosses’ are, with the indulgence of the press, entitled to everything while any attempt by the ‘children’ to demand their fair share of entitlement is unacceptable.

How Do They Come to Offer Their Services?
For a start let’s pause for a moment and examine the circumstances under which our politicians and footballers come to offer their services to the state. As we all vividly recall, throughout the whole of the year 2016 and to some extent a significant part of the previous year, our politicians were all over the place appealing to us with various promises to give them the opportunity to come and serve us. They traced us to even the remotest corners of the country, hand in hand, with all sorts of unsolicited gifts including hard cash. In doing this they sometimes disturb our peace with noise and our environment with their posters and flags all aimed at attracting attention to themselves just for us to give them the opportunity to come and serve us. At the end of the day, after offering them the opportunity we end up standing up for them.

What about our players? If we want to tell the story to suit us we claim that we (the state) made them who they are. The fact though is that no player ever gets selected into the national team unless he is already an established player at club level which is where they earn their living. Can you imagine the group of people playing for Ghana if the selection was to be made by government? Well, your guess is as good as mine.

Many of our politicians are professionals in various fields which they continue to practise side by side their political duties. When they retire from active politics they go back to their profession. Meanwhile, while they are in power they do all they can to prepare for themselves the most attractive retirement benefits. No such benefit for the footballer, however, even though at any time that he’s representing his country he stands the risk of attracting a career-threatening injury.

I’m sure everybody would appreciate it if out of goodwill Ghanaian players offer to play for their country for free. But then it is just not fair for us to single them out for not being patriotic just because they demand to be paid allowances which all other professionals – Pressmen/women, Lawyers, Medical Doctors, Teachers, Security Officials and Politicians – are paid when they offer their services to their country. In the meantime, though, please leave the boys alone to play to bring laurels to their motherland. What they need from us is our support not condemnation.