Our Cheating And Begging Instinct – The Woes Of Ghana Part 2 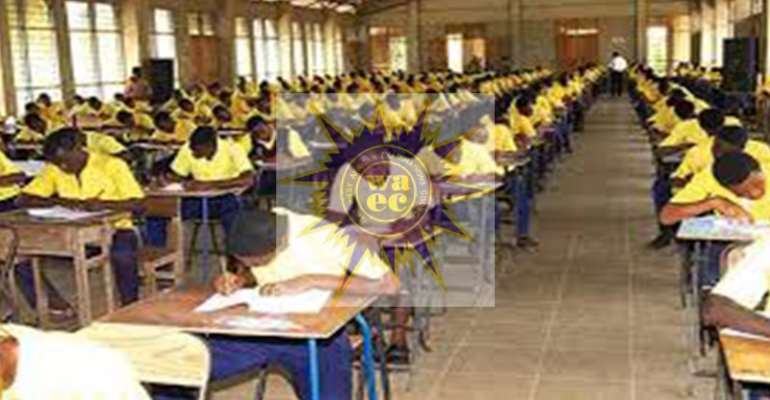 With the events involving the on-going WAEC examinations, I’ve been compelled, in the exercise of my civic responsibility as a ‘citizen, not a spectator’, to reproduce below an article which was first published on this platform in July 2017 i.e. almost exactly three years ago. I found some of these things bad enough to talk about them three years ago but what is happening today, has gone beyond even my worst fears at the time. From where on earth did we get here to see (a) examination candidates (I mean ‘school kids’) violently demonstrating and destroying school property because of “too strict” invigilation; (b) not only publicly insulting the sitting President but also filming (with full face showing) and uploading it on social media because a particular paper was too difficult; and (c) students (our ‘future leaders’?), with the support and guidance of a school proprietor and staff, physically attacking and seizing property of examination officials because they wouldn’t allow them to CHEAT? Please read on:

“OUR CHEATING AND BEGGING INSTINCT – THE WOES OF GHANA

“After the publication of an article in the Daily Graphic some years ago I received a letter from someone who described himself as an “intelligent and serious young boy desirous of continuing my education” pleading for my assistance. According to him, the moment he read my article something told him that God had chosen me for him as the one and only to assist him to achieve his goals. And before you start wondering, I can tell you there was nothing in that article which suggested in any way that I was some rich philanthropist looking for needy people to assist. Neither did my name in any way sounded close to his to suggest that perhaps we were related in some way. Yet, without even attempting to find out my background or what I do for a living here was someone soliciting for my assistance only because my address indicated I was living in Switzerland.

“We Learn to Beg From Infancy

“Especially for those of us who attended primary schools in the rural areas back in the 60s it was such a ‘wahala’ (apologies to Dr. Bawumia) to be left alone to enjoy the freedom of eating your one penny worth of rice served in ‘anwonomo’ leaf. Virtually the whole school would be chasing you to let them have a bit of it even if in the end it would mean there would be nothing left for you yourself.

“It seems to be inherent in our genes that begging, and just begging for the sake of it, is a normal thing to do. It used to be the normal thing to do in my childhood days that during Christmas we would dress up in our ‘Christmas dresses’ and go around town begging for Christmas presents. And of course, that was with the tacit support and encouragement of our parents. Elsewhere the culture is for people who want to give presents to send them personally or where time and distance would not allow, send them by other means including the post.

“It is an established norm in Ghana that once you travel away from home for any little while the expectation from the people you left behind is that you’ll bring them ‘something’ and in many cases, especially if your journey took you outside the country you will create enemies for yourself if you leave someone out of your distribution list of ‘akwansoadee’ (present from the journey). It is this culture, encouraged and nurtured from the home, that unfortunately has been carried on to our workplaces and public life to the extent that where you don’t have the opportunity to beg for it, you cheat for it. And unfortunately, this seems to have been accepted by our society as normal.

“You fill your tank at the fuel station and let’s say your bill is GHC197.00. You give the assistant GHC200.00 and the next thing you see him/her do is engage him/herself in something else somewhere. More often than not, if you don’t speak up you will never have your change or perhaps, you’ll be told that there’s no change.

“Whereas in other places you’re given a receipt if you buy even a cup of coffee, in Ghana you have to request for receipt for virtually every commodity you buy (not from the market but) from shops. One day I requested for a receipt for fuel I bought and I was shocked when the young girl demanded to know how much she should write. In her response to my query she confided in me that sometimes they incur the wrath of customers if they just write receipts without first being told what to write.

“Even at more respectable institutions like banks the situation is not different. I’ve experienced a form of cheating at almost every bank where I’ve had to cash foreign remittance. Just last week I went to cash some hundreds of Cedis and 48 pesewas at a bank in Sunyani. This nice lady gave me the exact figure of Cedis and an envelope. I took the trouble to count the notes at the counter expecting that by the time I finished she would have sorted out the pesewas for me. But that was not to be. I took a closer look at the receipt again and drew her attention to the fact that she had given me less than was due me. Then without any sense of shame she murmured something about coins before reluctantly pushing 50 pesewas at me. That’s the Ghanaian Bank Cashier for you. Only God knows how many odd pesewas of customers she keeps for herself each day.

“The Quality of Our Food Has Been Compromised

“Some time ago when you lived outside the country you had the belief that when you return home you would eat natural fruits and vegetables. Not so at all any more. It is not a secret that our farmers and fruit sellers have devised means to force-ripe our fruits and vegetables. So, it has come to the point that you cut open what looks like a very ripe tomato and it’s all green inside. You eat what looks like a ripe banana and if you’ve had the opportunity to taste real banana before you see that what you’re eating is something else. You keep carrots in the fridge and within three days it’s like plastic. The other day it took no less than Professor Frimpong Boateng, a renowned medical doctor and Minister of Environment, Science & Technology, to disclose that people were using a chemical used for preserving human corpses, rather than salt, to preserve ‘koobi’. And as you would expect, ‘koobi’ sellers were calling for the head of the Professor because he was collapsing their business by speaking the truth. Yes, because of our cheating instinct people no longer care about the effect of their practices on the lives of the public so long as they derive their livelihood from it. The result is that our farm products are day in and day out being banned from some foreign markets.

“I could write a whole book about the cheating instinct we all see around in virtually every aspect of our life as Ghanaians but perhaps what makes the situation even more alarming is that there’s no indication that the authorities are interested in doing anything about it.

“Registration of Minors to Vote In National Elections

“It is an open secret that parents encourage minors to register and vote in national elections. Parents and guardians do collude with school authorities to allow school children to cheat in exams and the only thing you hear is a threat of “naming and shaming” guilty schools. Parents and guardians assist their wards to alter their ages to be able to join the military, police and other security services. People who have been engaged by government to spray cocoa farms end up extorting money from these poor farmers just as government officials extort money even from people as vulnerable as LEAP beneficiaries. And of course, Assembly Members openly extort monies from the President’s nominees in exchange for their confirmation as MMDCEs.

“So, the question is: who is going to help to cure us of our begging and cheating instinct, which is the main underlying cause of our under-development?”

This is what I wrote just a little over three years ago, and in the light of recent happenings about the just ended voter registration exercise and the on-going WAEC examinations I feel very disappointed that if anything at all, the situation appears to be getting even more frightening. I pray I’ll never have to revisit this subject again, but I’m afraid, I may.