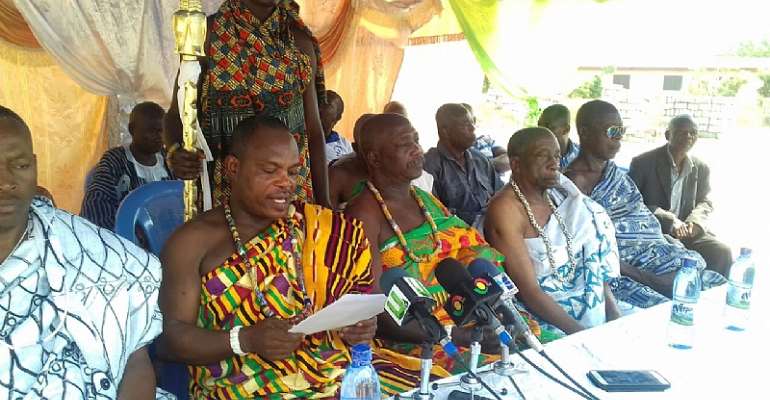 The Chief and Elders of Gbetsile, near Michel camp, in the Kpone Katamanso District of the Greater Accra Region, have cautioned unsuspecting land buyers in the area, to be mindful of the fact that lands in the area are not family lands, but stool lands.

They have thus stated that it will be in the interest of prospective buyers to deal directly with the chiefs, rather than individuals who claim to be representing some families as land owners.

Addressing a news conference on Wednesday, January 25, 2017, the Chief of Gbetsile, Nii Tei Kojo I, flanked by the Chief of Kpone Traditional Area, Nii Tetteh Otu, said “We want to correct a perception among the public that Gbetsile lands are family lands. This is the perception that has entrapped unsuspecting buyers in the hands of unscrupulous people. We want to set the record straight that Gbetsile lands are stool lands, are owned solely by the Gbetsile Stool. So if any person or group of persons intend to buy or lease a piece of land in Gbetsile, the person must come to the Stool.”

The Chief asked advised all residents of Gbetsile who have built on parcels or portions of Gbetsile lands but do not have documents from the Stool to report to the Gbetsile Stool immediately for regularization of their interest in the lands. 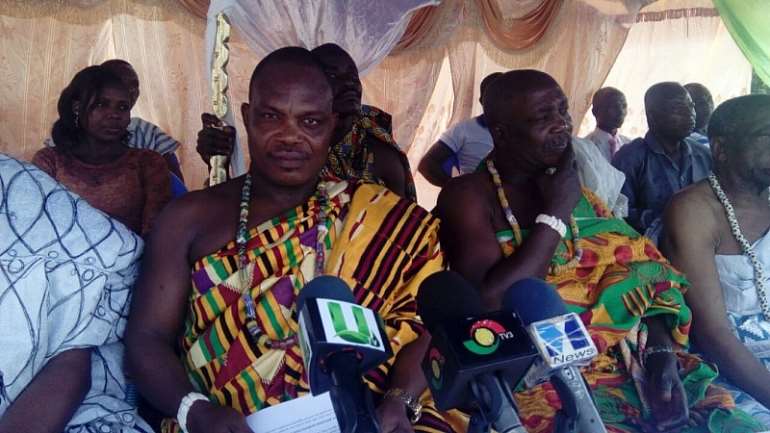 He expressed their disappointment in the Ghana Police Service for doing little to bring the recalcitrant land guards to book, and called on them to do better.

“The activities of these terrible land guards are centred on the boundary with Appolonia and within Gbetsile Stool lands. These activities have been several times reported to the police yet no arrests are made, and the people still live in fear. We call on the police to intensify their security patrols around the community and to protect lives and property and to also prosecute persons who are found culpable. We also sound this very strong warning to land guards operating in Gbestile and on its boundary with Appolonia to go away before they find themselves in serious trouble.”

The Chief, Nii Tei Kojo I, said some 600 acres of land belonging to the Gbetsile Stool on the boundary with Appolonia, has been wrongfully taken over and walled by the management of Zoom Lion and Sino Africa Development Company.

“We want to state clearly here that the said land has not been released or given to Zoom Lion or Sino Africa Dev.”

The Chief also stated that, he remains the only legitimate chief of Gbetsile.

“We want to state clearly that there is only one occupant of the Gbetsile Stool and his name is Nii Tei Kojo I.