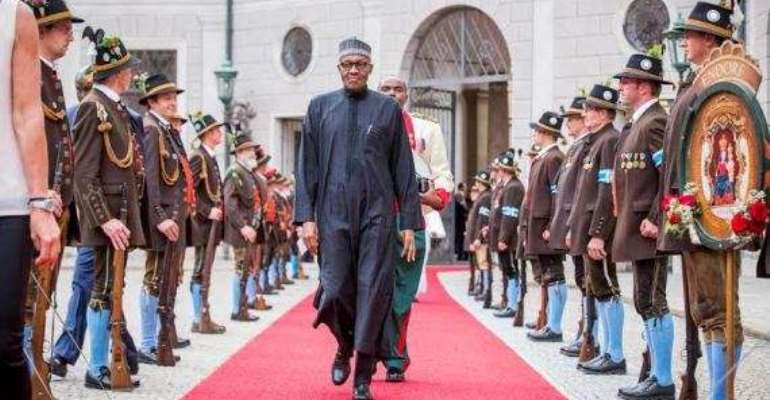 Prophecies, as normal, have been released by different people on the Nigerian state and President Muhammad Buhari. These are speculations and intellectual foresights. Psychologically, some guesswork can actually manifest. But these days, the prophecies by many people claiming supernatural powers, lofty spirituality and divine connections have proved counterproductive and counterfeit. We can still recall the prophecy made by a ‘man of God’ during the Clinton-Trump presidential tussle in the United States of America. If it turned out the way he predicted, the church would have celebrated it.

I have insisted that all predictions by whosoever, even from amongst acclaimed men-of-God are not necessarily from the Almighty God. But it is undisputable that there exist several gods worshipped by people in search of supernatural powers. Many people sleep and wait up and claim that God spoke to them. Others see events in their dreams and turn them upside down to favour their aspirations. We must not forget that dreams are interpreted according to circumstances, locations and mindsets. As the 2017 comes in, many citizens including this writer are predicting good for Nigeria and the President. Some have predicted doom for Nigeria. I strongly believe that predictions are mere human imaginations. Those who wish President Buhar’s death are wishful thinkers because their wishes have nothing to do with that of God Almighty.

Mr. President, faithful compatriots pray always, will live to complete the good works which God has assigned him to accomplish for Nigeria and the citizens. We can recall that last year some disgruntled people engaged in signatory collections seeking for his resignation but they toiled in vain. This year, these prophets have started with their hallucinations. Can the Christian Association of Nigeria (CAN) do anything in this regard? Is it possible for the Christian body to control these people making imaginary proclamations in the name of prophecy by employing mere psychological ambiances? A look at some of these prophecies will do.

Catholic priest and the spiritual director of the Adoration Ministries, Emene, Rev. Fr. Ejike Mbaka, who prophesied the emergence of President Buhari in 2015 and praised his style of leadership has warned the President not to allow God regret putting him in office. He wants fast and impressive actions to save Nigerians from further hardship. He said that “many Nigerians are suffering. Nigerians are hungry; they want to see more changes. There is the need to assist businessmen and women in their businesses. Buhari should appoint experts who would help him revive the economy and consult Church leaders and eminent men of God to advise him on the true state of the economy. If he doesn’t change his style he may not complete his office. Nigerians are losing hope, they are losing their trust. If our leaders continue to mess up, the solution will come from above.”

Pastor and founder of the Synagogue Church of All Nations (SCOAN), Prophet T. B. Joshua said: “My president, President Buhari has good intentions. A king’s intention cannot be carried out properly without the support of his subjects. He needs support to lead us out of the valley. It is not our president that puts us in the valley but generations…The future of this country is crying for help.”


Senior pastor of the Mountain of Liberation and Miracles Ministries, a.k.a Liberation City, Dr. Chris Okafor released his prophecies for 2017. His seventh out of 23 prophecies is that President Buhari is not the messiah but he came to prepare the way for the messiah.

A Ghanaian prophet, Isaac Owusu Bempah, founder and leader of the Glorious Word Ministry International claimed on December 31 during the crossover service that President Muhammadu Buhari will die. He also predicted the deaths of a former president, a former first lady as well as a ‘great king’ in Ghana. He predicted a terrorist attack in the country, a coup d’etat as well as more clashes between Christians and Muslims in the country.

Bishop of Divine Seed of God Chapel Ministries in Ibadan, Prophet Wale Olagunju, released a 52-point prophecy for the Year 2017 predicting the possibility of the country splitting into five. He claimed to have foreseen the map of Nigeria torn into five. Though he is said to have accurately predicted the President’s victory in the 2015 election, he revealed that President Buhari will be dethroned in 2019 election by former vice president, Atiku Abubakar.

Olagunju proclaimed: “As revealed by the Almighty God who will never share his glory with mortal man, the present generation of Nigerian leaders in the likes of Obasanjo, Babangida, Gowon, Danjuma, Abdusallam and Buhari will pass away before the emergence of the Messiah that will lead Nigeria to the promise land. The problem in our Nation will be so much that what we are witnessing now will be a child play to what we will see and hear and there will be chaos and distrust all over the nation as a result of which the messiah will emerge. This messiah, an unknown person, will proffer solutions to the problems; conduct referendum and will break Nigeria peacefully. As revealed to me further by the creator of the universe, the reign of this messiah will be brief. God of Abraham has concluded in heaven to raise for Himself the young man who will give divine solution and execute God’s programme for Nigeria.”

In his own prophecies, Spiritual head of INRI Evangelical Spiritual Church, Prophet Elijah Babatunde Ayodele, stated that Nigeria can only experience peace in 2017 on the condition that President Muhammadu Buhari adheres strictly to instructions by the spirit of God. “Nigeria will come out of recession quickly if the president comes up with a reform in CBN and if he can negotiate with the Niger Delta Avengers...Buhari can only rule well in the coming year if he locates the bad people within his government and also release all political detainees under his administration.”

General Overseer of Omega Fire Ministries, Apostle John Suleman, in his 2017 prophecies claimed a tough year for both President Muhammadu Buhari and Vice President Yemi Osinbajo. At a church event titled ‘Fresh Fire’ revival, he admonished Africans to sit up as God was going move mightily in the continent come 2017, especially in Nigeria and Ghana. “I see presidents being removed in Africa, I see presidents being installed. Two times, Nigeria’s vice president, Yemi Osinbajo, will face removal from office. They will alienate him and they will make attempts to remove him. But God will humble Buhari in 2017. And the New Year is when the Nigerian government will fight the Church like never before.”

It must be noted that God punishes for false prophecies. Today most Christians believe in this. Prophecies that they will have worldly fortunes; that they will become millionaires and all sorts. With the hard chase for worldly things and fight for supremacy among the human races, how do people know in the contemporary times the real “men of God”. It is clear that many “prophets”, pastors and priests no longer preach anything than prosperity messages. Jeremiah 28: 1-3 has something divine to tell. And further, Jeremiah cautioned by saying this in verse 7-9 of the same chapter. “Nevertheless hear thou now this word that I speak in thine ears, and the ears of all the people; the prophets that have been before me and before thee of the old prophesied both against many countries, and against great kingdoms, of war, and of evil, and of pestilence. The prophet which prophesieth of peace, when the word of the prophet shall come to pass, then shall the prophet be known, that the Lord hath truly sent him”

The President is laying the foundation for the expected changes in Nigeria. Assuredly, the 2017 budget and beyond will revolutionize the fortunes of Nigeria especially with the rice in price of crude oil at the international market. One is really put to wonder why the fight against corruption is being countered by even the people who claim to love the President’s administrative style. The “men of God” who should feel the optimism and sincerity of purpose of the President are not helping matters. If these prophecies were from the Almighty God, I do not think the human efforts of the President to make Nigeria great and fix all the ruins of political wickedness its citizens have made commonplace would be undermined.

Muhammad Ajah, a socio-political analyst, is an advocate of humanity and good governance. E-mail: [email protected]

JHS Not Increased To Four Years Or Reduced SHS Duration – Na...
10 minutes ago

We've Been Begging To Survive Over Closure Of Our Shops – N...
10 minutes ago