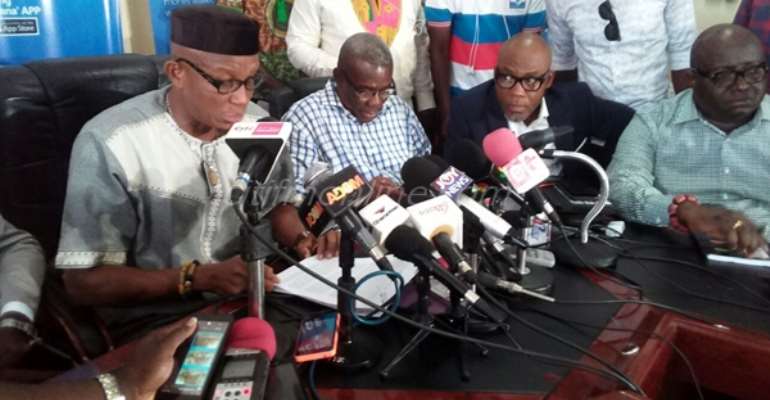 The Spokesperson of Nana Akufo-Addo, Mustapha Hamid, was almost in tears as he recounted President John Mahama and his brother, Ibrahim Mahama's alleged attempts to bribe the New Patriotic Party (NPP) Northern Region Chairman, Daniel Bugri Naabu, for him to smear the image of their Flagbearer, Nana Akufo-Addo.

According to him, Mr. Naabu was offered a brand new V6 Mitsubishi, a brand New V8 Land Cruiser and GHc 3.3 million to resign from his party, and paint the NPP Flagbearer, Nana Akufo-Addo, as divisive, a dictator and an anti-northerner ahead of the elections.

Addressing a press conference today [Tuesday], Mr. Hamid said, “according to the President, Bugri should paint Akufo-Addo as a rabid anti-northern person who could never be trusted to advance the people of the north… he was supposed to say that Akufo-Addo was knocking the head of one northerner against the other.”

Mr. Hamid expressed surprise at the extent he says the NDC could go in their quest to malign Nana Akufo-Addo and hold onto power.

As he was almost moved to tears during the delivery; a voice was heard from the crowd telling him not to cry.

Watch an excerpt of the press conference below showing an emotional Mustapha Hamid call on Ghanaians to rescue their country.