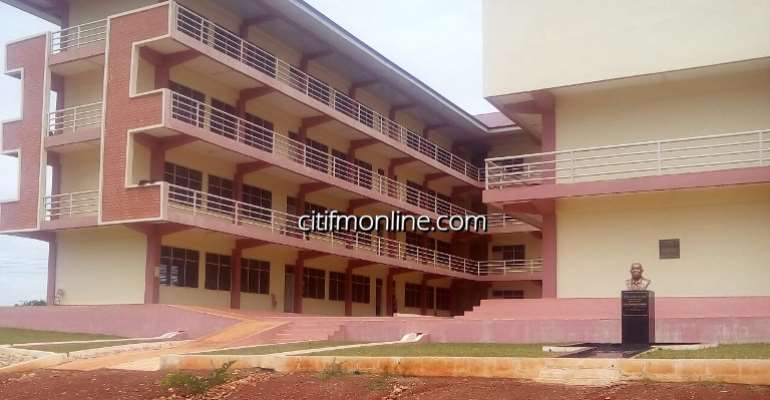 Some 25 teachers of the newly built Evans Atta Mills Senior High School (SHS) at Ekumfi Otuam in the Central Region, are being evicted by their landlords for non-payment of rent.

This follows government’s failure to pay salaries of the teachers who were posted to teach at the school, named after the late Ghanaian leader, Professor John Evans Atta Mills, who hails from the town.

The rent per month for each of the affected teachers residing at Otuam, ranges between GHc35 and GHc45.

Mr. Kwame Kuntu Yawson, one of the landlords hosting one of the teachers, expressed frustration to Citi News over the teachers' failure to pay their rent.

According to him, he has been charitable enough and would kick the teachers out by end of September if his rent is not paid.

The landlord said he is ready to give out his rooms to incoming students who are ready to pay for the rent.

“At the moment, most of the teachers have not been able to renew the rent, and as a matter of fact, it is also causing me some problems because I have to renovate the house. When I consulted them what they told me was that, they’ve not been paid for a year now. It’s about a year now; so  I am just planning on ejecting all of them from the house by the end of September and give it to the new students who are definitely going to give me money,” he stated.

Some of the teachers, who spoke on condition of anonymity, expressed their frustrations about the development, and appealed to the government to expedite action on the payment of salaries.

“We appeal to the landlord always; but they would not listen to us because we don't have the money to pay them. They said renting it to the new students would help them get quick money in order to renovate the house. We are appealing to the government to release our salaries to us,” he lamented.

Citi News understands that, about 57 second year students, are yet to return to the school, although school reopened about a month ago.

Meanwhile, authorities of the school have been tight-lipped on the matter.

The J. E. Atta-Mills SHS was commissioned on September 17, 2015, to fulfill a promise made by government in the 2012 manifesto to absolve the cost of secondary education in Ghana.

It is one of the ten community day senior high schools,  following a promise by the government to build 200 of them. The idea of the community day school was to improve access, by also bringing the school very close to the students, but it appears that is a challenge for now.

Some of the students are now left with no option than to come from longer distances.