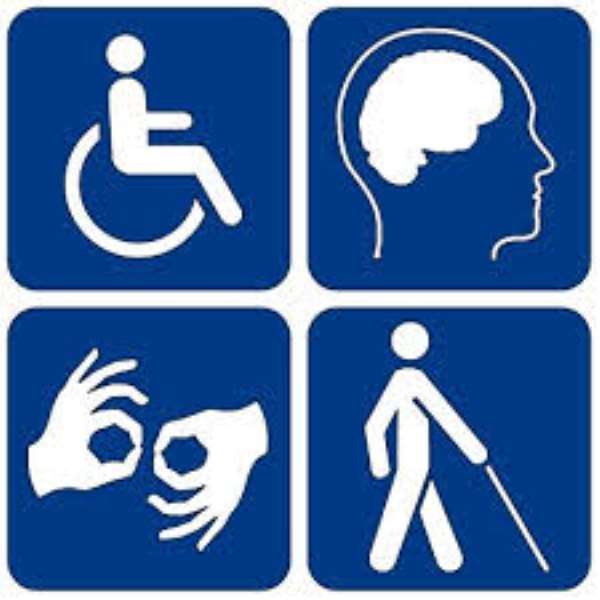 By Afedzi Abdullah, GNA
Elmina (C/R), Sept. 17, GNA - Persons with Disabilities (PWDs) in Komenda Edina-Eguafo Abrem (KEEA) District have threatened to boycott the 2016 general election if nothing was done to address their plight.

They said they have been unfairly treated by successive governments because issues concerning them have always received little or no attention.

Mr Kwamena Assifuah, Chairman of the Ghana Society of the Physical Disabled in the KEEA District, said this at an election engagement forum with PWDs in the district organised by the National Commission for Civic Education (NCCE).

The forum, funded by the European Union (EU), formed part of activities by the NCCE to deepen the interest of the electorate in the coming Presidential and Parliamentary elections.

It was aimed at creating an atmosphere of tolerance and civic responsibility and awareness of the voter on the need to adopt the culture of tolerance to promote peace in the country.

The engagement focused on the right to vote, voting properly to reduce spoilt ballots, voting steps, tolerance of divergent political opinions and the do's and don'ts during the elections.

Mr Assifuah said they have not received any funds from the disability fund since 2012 and several demands for the disbursement of the funds to its members has led to no success.

He said they were not satisfied with the behavior of the Disability Management Committee and called for its reconstitution to ensure equity.

'More often than not we do not know how much money is paid into the disability fund and how it is disbursed', he said.

Mr Assifuah said there were more than 3,500 PWDs in the area some of whom are engaged in farming and trading and did not have resources to sustain their businesses.

Mrs Ellen Osei, Deputy Municipal Director of NCCE in KEEA, said voting in an election was a civic responsibility and there is no reason for electorates become reluctant to vote.

She said the genuine concerns of the PWDs should not deprive them of their civic rights and urged them to go to the polls on December 7 to cast their votes for their preferred candidates.