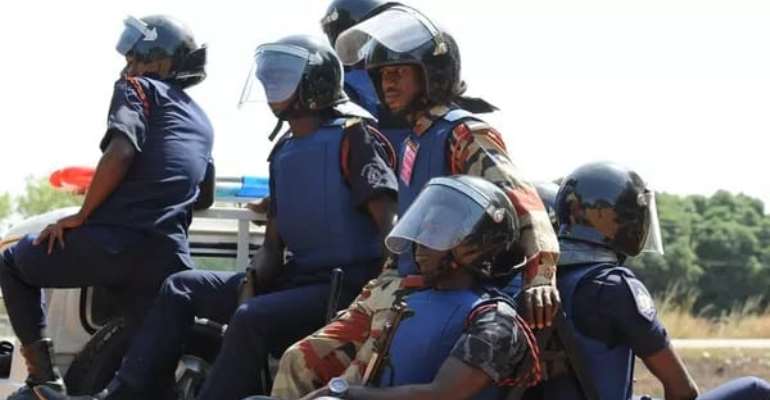 The Brong Ahafo Regional Police Command have filed for an order seeking an injunction to restrain the victims of DKM and other microfinace companies from going on demonstration on Saturday.

A motion filed by DSP Richard Boateng for the regional command is asking the court to restrain the organizers of the demonstration scheduled for Saturday, September 17, 2016; the time the NDC will be launching it manifesto in Sunyani, the regional capital, with President John Mahama in attendance.

The group organizing the demonstration, the Concerned Customers of DKM Diamond Microfinance Ltd., God is Love Fun Club and Jaster Motors among others had notified the police of their intention to hit the streets on Saturday in demand for the payment of their locked up funds but the police quickly dashed to the court to place an injunction on the demonstration, saying that the police can only provide protection on another day but not on that Saturday.

The police said the event coincided with the launch of the NDC manifesto and may lead to security breach hence the need to restrain the protestors.

The case has been fixed for Tuesday, September 20, 2016 for hearing.

Petition
Meanwhile a book has been opened in front of Berekum City Park in Berekum to collect signatures from customers who have been affected by the DKM and other micro finance companies' scam, to be presented to President John Dramani Mahama so that he would prevail on the Bank of Ghana to pay back depositors who had lost their investments.

The book, which was opened last week Friday, had as at Tuesday, more than 1,000 signatures of  aggrieved customers in Berekum alone, according to leaders of the Association of DKM, God is Love and Jaster Motors.

Speaking to DAILY GUIDE on telephone, one of the leaders, Alex Obeng, said the decision to collect signatures was for the customers to directly inform the president of the issue and prevail upon him to act as quickly as he did to the Montie trio to get them their monies. Moreso, according to him, several efforts to reach the president through the regional minister, Eric Opoku had failed, hence, the need to petition him (president) through the Chief of Staff, Julius Debrah.

He said from Berekum, the book would be sent to other towns in the region. He was however, not able to tell how many people were expected to sign the book before its presentation.

Asked whether it would be presented during Saturday's NDC manifesto launch at Sunyani, Mr Obeng replied in the negative, saying they did not want people to say it is politically motivated.

He said it would be presented to the President at the Flagstaff House, the seat of government in a week's time after most of the aggrieved customers had appended their signatures.