I am confident of peaceful Dec 7 polls – President Mahama 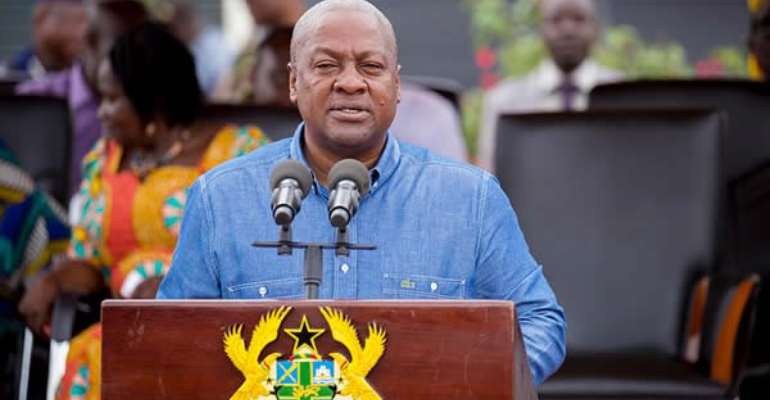 President John Mahama says he remains confident of peaceful and transparent elections in December this year.

Speaking Monday at the Black Star Square in Accra as part of activities to mark this year’s Eid-ul-Adha celebrations, the President told a section of Muslims that his confidence in event free elections later this year stems from a firm desire by Ghanaians to uphold peace.

“I am always thankful that Allah has blessed me with the opportunity to be the President of such an industrious united and peace loving people like Ghanaians. It is for this reason that I am very confident that once again when our democratic credentials are tested on December 7, we will respond with vigour and deliver yet another peaceful, fair and transparent election to the world,” he said.

President Mahama urged Ghanaians to endeavor to uphold the peace that has characterised elections in the country, since “it is this that has made us to be described as the model of democracy in Africa.”

The President also urged Ghanaians to remain confident in his administration, promising economic turnaround next year.

He said, contrary to what his critics are saying, key sectors of the Ghanaian economy have been prepared in "readiness for the take-off" in 2017.

“Together we have come very far and I believe that together we will achieve even more,” he said.

“We are expanding our ports, we are building more airports, we upgrading others to international standards, and we are providing more buses to create easy transportation linkages between our towns and villages,” he said.

Government, he said has built new roads, and rehabilitated several others across the country to facilitate movement of people and goods from one place to the other.

He also expressed regret about the challenges that this year’s Hajj pilgrims faced.

Hundreds of pilgrims were stranded for days at the hajj village in Accra, and subsequently failed to make the religious trip.

“This year, we conducted a successful Hajj, and I wish to express my regret to all who due to certain reasons were unable to embark on the Hajj this year. This was due too many factors. One was the airlifting of 2,000 passengers from the Tamale International Airport, which was very well patronised, and reduced the quota of those who took off from Accra,” he said.

The President promised that the unfortunate challenges that prevented prospective pilgrims from embarking on the trip would not recur as government has put in place measures to ensure a successful trip next year.

You're A Covenant Keeping Leader — Ahafo Chiefs To Akufo-Add...
33 minutes ago