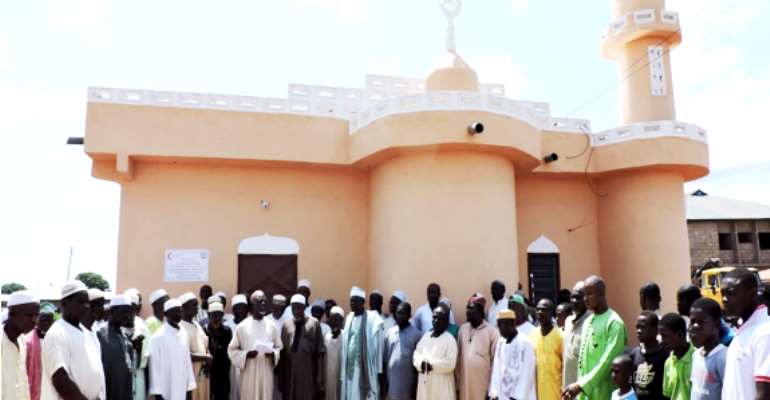 In line with its program to support the needy, the Islamic Council for Development and Humanitarian Services (ICODEHS) has donated 20 sewing machines to some girls to pursue their work as seamstresses in Secondi in the Western Region.

According to an official of ICODEHS the donation was made through funding from Abu Dhabi Red Crescent of the United Arab Emirates adding that it is part of an ongoing program for ICODEHS to support women and girls with sewing machines, deep freezers and other items throughout the country.

Meanwhile ICODEHS has also commissioned a new four (4) classroom block with an office to aid teaching and learning at Salaga in the Northern Region. THE NEW SCHOOL BLOCK IN SALAGA

In addition to the school block ICODEHS also built a Mosque and donated a loudspeaker to the Muslims in the town. In a statement released by ICODEHS the organization went ahead to build mosques for the people of Yendi and guntigli in the Northern Region and Kandiga –Bolgatanga in the Upper East Region.

In a statement from ICODEHS all the projects were funded by the Red Crescent society of the United Arab Emirates. The chairman of ICODEHS Sheikh Mustapha Ibrahim thanked Allah for the early completion of the projects and promised to provide more schools blocks and mosques projects in other parts of the country to promote education and moral development in Ghana

I will disappoint any MMDCE who doesn't live up to expectati...
51 minutes ago