Ghana would work for everybody under PPP's watch 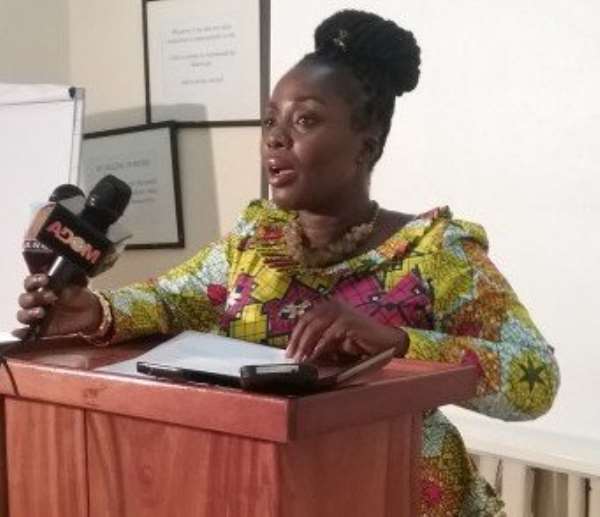 By Kofi Mensah, GNA
Obuasi, Sept 06, GNA - The Obuasi West Parliamentary Candidate of the Progressive People's Party (PPP), Ms. Afua Ansaa-Aseidu, has rallied voters to give the party the mandate to build a nation that worked for everybody.

She said Ghana under their watch was going to be a better place for all but not only a privilege few.

There would be real economic growth, wealth and jobs to bring marked improvement to the quality of life of the population.

Ms. Ansaa-Asiedu was speaking during a health walk and free medical screening she organized in Obuasi.

The residents were examined by health professionals for hepatitis 'B' and other diseases.

She said a government of the PPP led by Dr. Paa Kwesi Nduom would do everything to lift people out of poverty - overcome the widespread economic hardship.

She said it was time Ghanaians looked beyond the ruling National Democratic Congress (NDC) and the largest opposition party, the New Patriotic Party (NPP), which had dominated the country's politics since the start of the fourth republic for their failed economic policies, resulting in mass unemployment and suffering.

The PPP, she indicated, was their best bet, saying, the track record of its standard-bearer, Dr. Nduom, should convince voters that 'this is the party to trust, to make things happen'.

Ms. Ansaa-Asiedu pledged to build more markets, particularly in the rural communities, to boost the local economy and transform the living conditions of the people.

She invited her colleague politicians to engage in decent election campaign to keep the nation united and peaceful before, during and after the December polls.

Mr. Charles Appiah, the Constituency Chairman, said he was confident that the PPP would cause a major political upset, come the general election.

The party, he said, had been growing in strength and its appeal to voters by the day and should not be underestimated.

"We are doing door-to-door campaign and our polling station agents are also busy working hard to mobilize more support."