Christopher Opoku writes: Why Muntari’s apology may have come 2yrs  too late 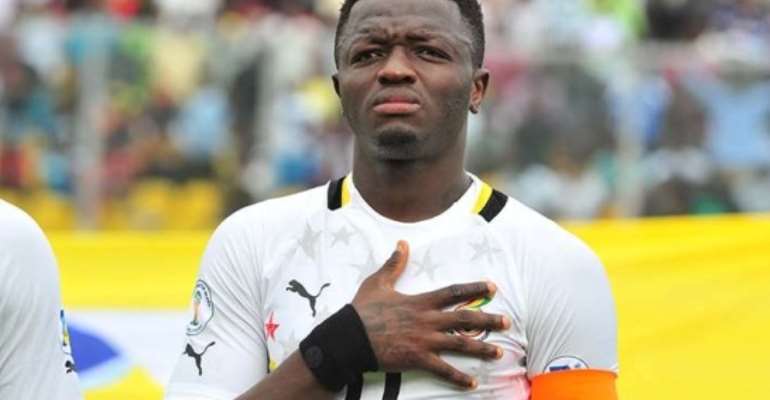 On Tuesday evening in Ghana the news suddenly broke that Sulley Muntari had sent a letter of apology to the Ghana Football Association for what he did at the World Cup in Brazil two years ago.

I have reflected on what happened and I am deeply sorry and apologize to all the stakeholders in the GFA who were offended by my actions.

Ghana has a special place in my heart and I will forever be indebted to my country and all the fans who have supported me from the beginning.

I am always available to play for the Senior National Team of Ghana whenever I am invited.

Yours faithfully,
Sulley Ali Muntari
Background to the issue
Now, what exactly did Muntari do? In a meeting between the Black Stars management committee and senior players in the team ahead of Ghana's final Group game against Portugal, Muntari got into an exchange of words with management member Moses Armah.

Muntari hit Armah with punches and the Medeama President hit the player back as well. Muntari then went up to Armah's hotel room and destroyed some of Armah's personal effects. Indeed, Ghana center back Jonathan Mensah had to hold Muntari back.

The GFA then suspended the former Inter Milan, AC Milan and Portsmouth midfielder indefinitely from the team.

After the World Cup fiasco, a Commission of Enquiry was set up to investigate the circumstances that led to Ghana ending the competition with one point from a possible nine.

Testimony
Muntari was given the opportunity to testify before the Commission via Skype but later declined to do so.

Since then, not much has been heard of Muntari until the GFA confirmed receipt of his letter yesterday.

What this has done is to spark off a debate with many accusing Muntari of trying to use the Black Stars to resurrect his career which hasn't exactly been plain sailing since 2014.

Ignore Muntari
When I tweeted that his reintegration into the team would be up to Ghana head coach Avram Grant, some of the feedback I received was rather vicious, with many asking for Muntari to be ignored. 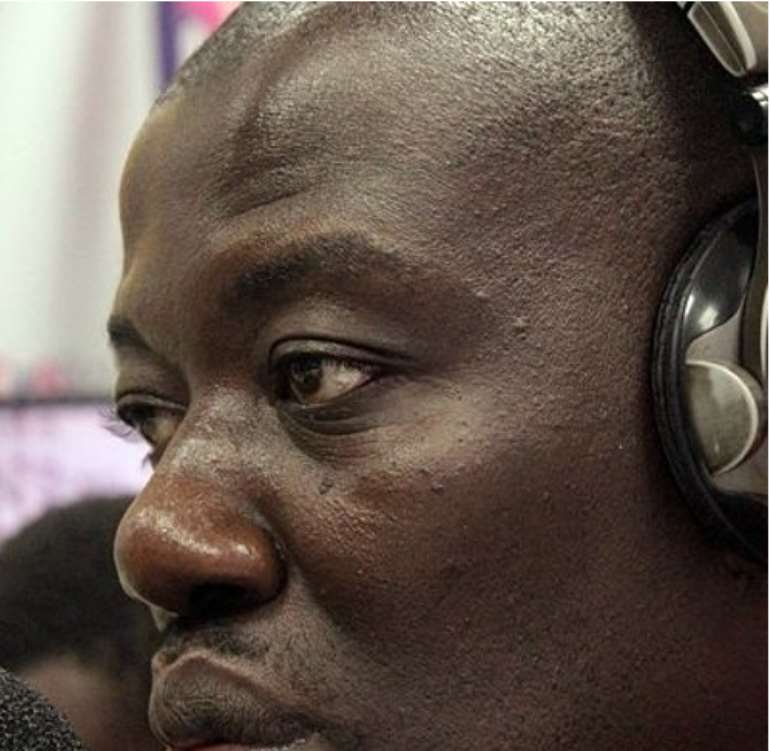 Christopher Opoku
So its time for me to offer my two cents on what I really think, but as always, with some background.

Muntari – Ghana's Dr Jekyll and Mr Hyde
Muntari was the youngest member of the Ghana youth team that finished second at the 2001 FIFA Under 20 World Cup in Argentina. He remains in my opinion, one of Ghana's brightest ever talents and it was only a matter of time before he won a call up to the Black Stars.

He was however gradually establishing a reputation as the enfant terrible of Ghana football and in 2004, was kicked out of the national camp by the then head coach, Mariano Barreto for acts of indiscipline.

Muntari then announced his international retirement and it took a while before he returned to help Ghana qualify for her first World Cup in 2006.

He also played a major role as Ghana placed third at the 2008 African Nations Cup and also helped the Black Stars in qualifying for the 2010 World Cup in South Africa.

Rajevac actually dropped him from Ghana's 2010 AFCON squad, which was a major surprise to many, given that Muntari was not injured. Fans with long memories would also remember that before then, Muntari had spoken rudely to the then Sports Minister, Alhaji Muntaka Mohammed Mubarak, during discussions over match winning bonuses.

Disruptive influence
Muntari eventually patched things up with Rajevac and was selected for the 2010 World Cup, but he soon became a disruptive influence in camp and Rajevac wanted to kick him out of the national camp.

Please by then team captain Stephen Appiah and some members of the GFA hierarchy saw Rajevac change his mind and Muntari responded by scoring against Uruguay in the quarterfinal.

Under Kwesi Appiah, Muntari misbehaved during a 2014 World Cup qualifier and was not called up for Ghana games for some time. Eventually, he was recalled and went to Brazil as well.

Ironically Muntari was one of Ghana's better players, especially in the thrilling 2-2 draw with Germany. So clearly his indefinite suspension had nothing to do with matter on the football pitch.

My verdict
Personally though, I would always see Muntari as a flawed genius; a supremely gifted player who could not reach his optimum because of his psychological demons.

I believe that he could have become Ghana's next Abedi Ayew 'Pele' but sadly it wasn't to be.

The timing of the apology is simply not good enough! Had he apologized immediately after the World Cup, Avram Grant would have counted on him but at the moment, the Black Stars have a settled squad and with Kwadwo Asamoah set to return after a long time out through injury, the team has moved on from Muntari.

Again, he apologized to the GFA, but not to Armah and that is marked.

You also cannot ignore the logic in a certain view shared by some fans. Most fans believe that because his club career has stagnated somewhat, he wants to use the Black Stars as a platform for revival.

As I have already said, ultimately the final decision on whether or not to take him back would rest with Grant, but from a personal perspective, the Black Stars have moved on and do not need Muntari as much as he needs them.