The Nuisance Nocturnal Ghanaian Phone Caller in London has been Named 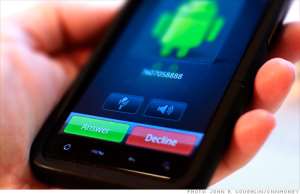 No sooner had I published the first threatening voicemail message left on my phone by a criminally-minded nuisance nocturnal Ghanaian phone caller in Britain than the lid was blown off his identity. He initially started off as a Jamaican, speaking Jamaican patois. However, when I got my Jamaican lady to take him on, after this criminal raining insults on her on the phone, and she countering his insults with strong Jamaican patois and British-accentuated English, he finally emerged from his Jamaican pretence.

He came out speaking Twi, English and still patois; leaving threatening voicemail messages that have the potency to incriminate the Ashanti “Overlord”, Otumfuo Osei Tutu II. He is the person of KWAKU AKOSAH, a Kumawu Ankaase royal residing in Streatham, one of the South Eastern suburbs of London. For his safety and security, I shall not disclose the address (Street name and number) he lives at and his personal phone number apart from the disposable Lycamobile SIM card phone number (00-44) 07459022242 that he called me from.

Kwaku Akosah is the senior brother of Dr Yaw Sarfo, the masquerading Kumawuhene Barima Sarfo Tweneboa Kodua who for his lack of knowledge of Kumawu history but naive quest for power, fame and wealth, is in collusion with Asantehene Otumfuo Osei Tutu II to exploit Kumawuman to the hilt.

This publication comes with a voicemail attachment of the harassing messages left by Kwaku Akosah. Hardly had News Ghana published the first version of the voicemail messages when it went viral within minutes. I was then contacted by a member of his own family to tell me the voice as published and made public is that of Kwaku Akosah, a disgrace to, and a blemish on, the integrity of their Kumawu Ankaase royal family.

He says I cannot go to Ghana because Asantehene and his supporters are looking for me, having probably issued a fatwa against me and that should I ever rear my ugly head in Ghana, I shall either be harmed, arrested or killed. If this is the belief of the nuisance phone caller, then I am afraid, he has got it all wrong.

I shall go to Ghana and Asantehene having been mentioned on the voicemail tape as a likely accomplice in whose name my life is threatened, will be obliged to protect me or else, he will be arrested should I be killed or disappear into the thin air for any known or unknown reason(s). I see his bragging only as a desperate person doing his nuts. I do not take him serious. Nonetheless, I have lodged a complaint against the then unknown nuisance phone caller with the British Police.

If he was serious and wise but not absolutely stupid, he would not leave voicemail messages that could easily reveal his identity when traced as it is now the case. Has he now realised the level of intelligence of Rockson Adofo who is able to take people on in intellectual discourse on politics, economics and social activities?

Kwaku Akosah is now in trouble. His family members in Ghana are worried about how he has so easily exposed his identity in such a silly manner, an indication that he does not possess both formal and informal wisdom – “onie efie ne sukuu nyansa”

I wonder how most of the supporters of, and advisors to, Dr Yaw Sarfo and Kumawuhemaa Nana Abenaa Serwaah Amponsah, lack both intelligence and wisdom. One such person is Kwaku Akosah with others being one Alexander Afriyie in the US and one “Oyibo” in Kumawu Bodomase.

Alexander Afriyie once published an article about me purporting to be the commencement of his intentional determination to writing my biography. He started off quoting from my published articles as though he had expertly conducted his own research on me. He indicated so many addresses in London with the aim of informing the public of where I live or had lived in London. This was his criminal, but vain attempt on seeking to expose my identity and whereabouts.

This greenhorn journalist and a radio programme presenter at one of the Ghanaian FM radio stations in Virginia, USA, was by then an illegal immigrant. Many a Ghanaian asked me to cause his deportation from the US for his silly behaviour but I refused even though, I had my hands on the address he lives at in the US, where and when he does his radio programmes etc.

Why should such a then illegal immigrant attempt to fool about in the way he did? He supports Dr Yaw Sarfo and Asantehene Otumfuo Osei Tutu II, so he felt he had better do something publicly to prove his unflinching allegiance to them.

I believe he will one day come to me to plead for forgiveness once he comes to understand the usefulness of what I am doing in the name of Kumawu and Ghana for the collective interest of Kumawuman subjects and Ghanaians. Until then, he will continue to behave irresponsibly because of the said endorsement of his once published two history books by the late Kumawuhene Barima Asumadu Sakyi II.

I will preferably refer to the said books of which I have copies as booklets or pamphlets. They were full of grammatical and factual inaccuracies. I am not running him down but just stating the facts. I purchased them in March 2007 when Kumawuman celebrated her last “Papa festival” before the demise of Barima Asumadu Sakyi II.

The other person is one “Oyibo” from Kumawu-Bodomase, a fanatic supporter of Dr Yaw Sarfo and Kumawuhemaa. This is the guy who went to arrange some macho men to come to Kumawu to proceed to Kumawu-Bodomase to spoil Kumawuhene Barima Tweneboa Kodua V’s sister’s funeral scheduled for 2nd April 2016.

When the macho men reached Kumawu cemetery, they parked their car. They were walked from the cemetery through the streets to Kumawu palace by this “Oyibo”. Luckily, Kumawuhemaa could not afford the fee of GHC8, 000 they demanded.

Some “Ahenfie boys” who support Dr Yaw Sarfo and Kumawuhemaa stepped in; they accepted to do the job for which the macho men failed to do for a lesser fee of GHC3, 000. I have already published what happened in my previous write-ups hence no need revisiting the events that took place.

How could “Oyibo” lead these macho men to Kumawu-Bodomase, the home turf of Barima Tweneboa Kodua V with intent to carrying out such dastardly action?

I can see a striking characteristic similarity between the three named supporters/advisors. They are all STUPID! Considering their circumstances and the way each of them behaved, one can only perfectly conclude that they have acted stupidly.

Find attached the voicemail messages Kwaku Akosah left on phones for my attention subsequent upon which I have reported him to the London Metropolitan Police. He will surely be arrested once the voice has been confirmed to be his.

To all my fans and supporters, please stay away from him when you see him. Do not do anything to him that will put you in confrontation with the British police or the British laws. Just allow the police to deal with him.

There are no Ashanti or Kumasi boys looking for me as erroneously asserted by Kwaku Akosah when he was raving and ranting. The claim is just the figment of his warped imagination. My published revelations are obstructing them from achieving their criminal motives against Kumawuman. I have more supporters among civilized and open-minded Ghanaians both abroad and in Ghana than Asantehene Otumfuo Osei Tutu II has.

Ashantis in particular and Ghanaians in general are presently suffering all because of his actions and inactions. I hope Kwaku Akosah will not dare enter into that territory where I am armed to the teeth with facts and evidence.