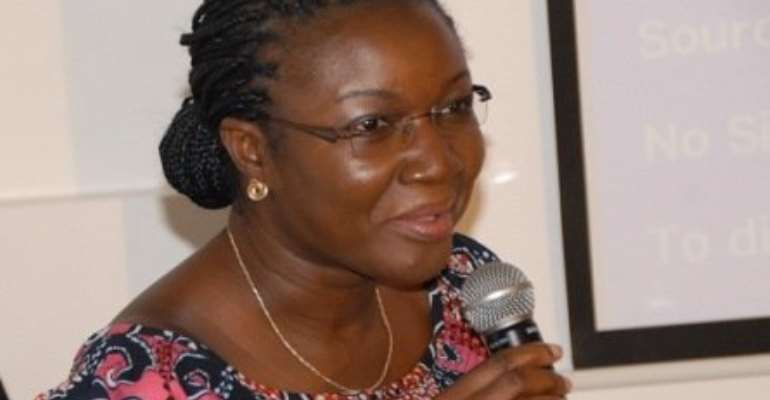 By Esi Kaba, GNA
Akosombo (E/R), April 9, GNA - Mrs Joyce Bawa Mogtari, the Deputy Minister of Transport, said the Ministry, with funding from the European Union, is to set up a Road Transport Authority to regulate all activities in the road transport industry.

She said the draft regulations and framework for the establishment of the authority had already been prepared and would soon be placed before Parliament for consideration.

Speaking during the opening of a three-day Transport Sector Review Conference in Akosombo on Thursday, she said Parliament had also passed the Civil Aviation Amendment Bill during the first quarter of this year.

She said the Bill would seek to provide modifications that were necessary to fill the void in Act 678 to make it compliant with international standards.

'Over the years, it has become necessary to amend the Act to make the Civil Aviation Authority comply with the necessary rules and guidelines of the International Civil Aviation Organisation as well as to incorporate relevant conventions ratified by Ghana into the Act,' she said.

She said Parliament had also passed the Ghana Maritime Labour Regulations which sought to create a licensing regime for the recruitment of seafarers and ensure their welfare.

For the railway sector, she said transaction advisory services were ongoing to select an appropriate private sector investor to partner Government to develop the Eastern Railway Line and the Boankra Inland Port on a Public Private Partnership basis.

Mrs Bawa Mogtari said the construction of the Takoradi to Kojokrom Railway Line to support rail mass transportation within the Sekondi-Takoradi Metropolis was ongoing and was about 55 per cent complete.

She said Government was also considering an Indian Exim Bank credit facility to construct the Tema-Akosombo Railway Line which was part of the Eastern Corridor multimodal network.

She said the first phase of the Takoradi Port Expansion project, which involved the extension of breakwater by 1.08km dredging to 14m chart datum and reclamation of bulk ore terminal area were ongoing and was about 96 per cent complete.

'The first phase of Tema Port expansion project which also involves the construction of a Bulk Cargo Handling Jetty is about 70 per cent complete,' she said.

She said Government would soon deploy three-unit 50-seater high speed passenger ferries that had been procured to address the challenges of safe transportation faced by communities along the Volta Lake.

'In addition, the construction of one unit modular passenger/cargo ferry has also been completed and ready for deployment on the lake,' she added.

Alhaji Inusah Fuseini, the Minister of Roads and Highways, in a message read on his behalf, said from 2009 to date, the roads and highways sector had attracted development partners funds; loans and grants, of about 1.6 billion dollars.

He said the Ministry, in collaboration with the COCOBOD, was implementing several and other projects aimed at rehabilitating, upgrading and maintaining roads vital for haulage of cocoa in six cocoa growing regions.

He said about 141 contracts had been awarded under the Cocoa Roads Programme amounting to GH¢2.8 billion.

He said the Ministry was also collaborating with coastal neighbours of Nigeria, Benin, Togo and Ivory Coast to implement port project with support from the World Bank.

The review conference, which was under the theme: 'Ghana's Transformation Agenda: Sustainable Integrated Transport Systems for Socio-Economic Development,' attracted stakeholders from both the public and private transport sectors and development partners.