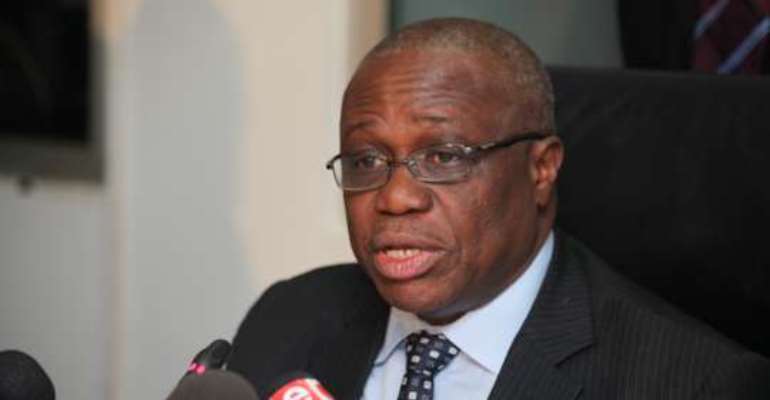 Accra, March 22, GNA - The Monetary Policy Committee (MPC) of the Bank of Ghana has announced that it will maintain the benchmark monetary policy rate at 26 percent in the light of stable macroeconomic indicators.

The MPC has maintained the rate at 26 percent since November 2015.

The Governor of the Central Bank, Dr. Kofi Wampah, said although some of the indicators were stabilising, there were still some pressures, including persistently high inflation rates, which did not allow the Committee to reduce the rate.

'We need to look at all factors because although it appears that things are stabilising; such as the foreign exchange market, there are still pressures in there: inflation is still at a very high level; 18.5 percent in February while we are looking at bringing it down to 8.5 percent".

He noted that it was important to ensure macroeconomic stability before bringing down rates in order to prevent them from going back up.

Headline inflation moved up significantly to 19 percent in January 2016 from 17.7 percent in December 2015 due to the impact of the hikes in utility tariffs and levies on petroleum products, but declined to 18.5 percent in February, dragged down by lower non-food inflation.

The monthly inflation rates also indicated some slowdown in February, supported largely by stability in the exchange rate.

This, however, remained significantly above the medium term target band of 8±2 percent while the latest survey of businesses, consumers and the financial sector showed that inflation expectations were still high, driven largely by the upward adjustments in utility tariffs and petroleum prices.

Dr. Wampah also noted that Ghana's fiscal consolidation, which was being pursued under the IMF program remained on track.

"Provisional data on the fiscal out turn for 2015 showed a significant contraction of the deficit to 7.1 percent of GDP compared to 10.2 percent in 2014.

"In assessing the current economic conditions, the Committee views the risks to inflation and growth outlook as balanced. Hence, there is the need to maintain the current monetary policy stance which together with fiscal consolidation would help bring inflation further down" he concluded.

The next Monetary Policy Committee (MPC) meeting is scheduled for Friday May 13, 2016. The meeting will conclude on Monday May 16, 2016 with an announcement of the policy decision.