Agric Minister breaks down in tears at NPP rally 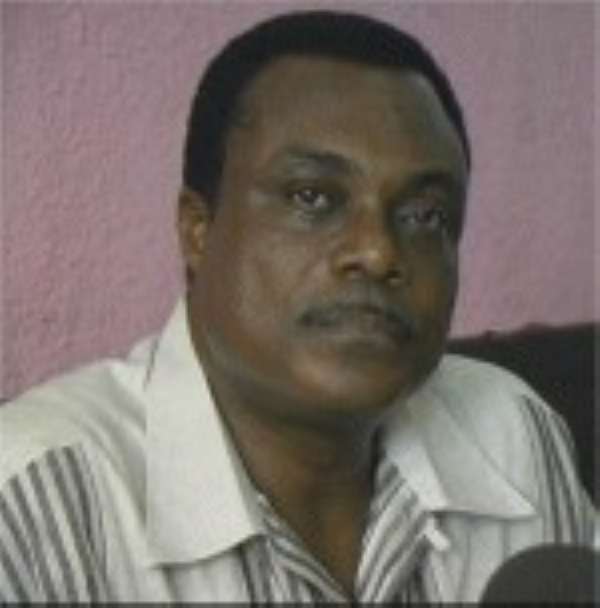 Abor (V/R), Dec. 5. GNA - The Minister of Food and Agriculture, Major Courage Quashigah (rtd), overwhelmed by the large crowd that turned up at a New Patriotic Party (NPP) rally at Abor in the Keta Constituency of the Volta Region shed tears.

The people of the area, which used to be a stronghold of the National Democratic Congress (NDC), appeared to have shifted their loyalty to the NPP in appreciation of the peace, freedom and stability they have been enjoying under the President john Agyekum Kufuor's Administration.

Major Quashigah told the people that the spell of deceit, mental enslavement and coercion under which the people had lived for the past two decades were over, emphasising that, an entirely new era of positive change under the competent NPP administration had come to replace the gloom and misery of the 80s and 90s, which was characterised by the politics of violence and intimidation.

On the Highly Indebted Poor Countries (HIPC) benefits, the Minister noted that, everybody could see the school buildings and clinics, public places of convenience, safe drinking water, feeder roads, market infrastructure and many others springing up everywhere.

He, therefore, appealed to the people to vote massively to return the Government to power so that they would continue on the road of positive change that gave fair share of Ghana to all Ghanaians. The Minister advised the people to vote for the NPP Government be wary of wolves in sheep's skin, who wanted power for their own selfish ends.

The NPP Parliamentary Candidate for the Keta Constituency, Mr Kudjoe Fianu told the people that 20 years of empty promises with nothing to show for it, had brought untold misery and suffering to the people in the area.

He said within the past few years of NPP Administration, the people had breathed a sigh of great relief through solid material evidence of progress in the whole area.

Mr Fianu urged the people to vote massively for him and President John Agyekum Kufuor to enable the NPP to usher the country into the second phase of the positive change to accelerate economic growth.

The Assembly Member of Abor Electoral Area, Ms Vincentia Afi Tsigbey, observed that, a lot of development projects such as school infrastructure, clinics and markets were springing up everywhere in the area to help to improve the socio-economic well-being of the people. She told the people that if they gave the Government the mandate to return to power, Ghana would be the paradise that it was destined to be and that everybody would have a fair share of the national cake.

Torgbi Dordzeavudzi Atsrifu II, Dufia of Abor, praised the Government for the relative peace and freedom that everybody was enjoying and called on his people to give the NPP Government another chance to continue its good works.