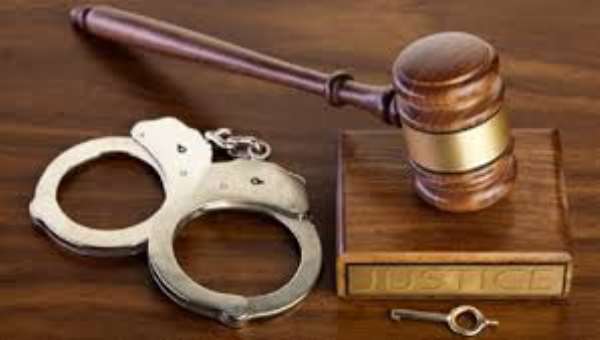 He pleaded guilty to stealing with explanation.
Prosecuting, Detective Chief Inspector Oscar Amponsah, told the Court, presided over by Mr. Emmanuel Bart-Plange Brew that the complainants are security guards with the Tarkwa Nuseam Municipal Assembly, while the convict is a head porter at Tarkwa main lorry station.

He said on January 25, while the security guards were on routine duty at the Tarkwa lorry station they saw Mensah concealing a polythene bag into a larger bag and when he was confronted about the ownership, the convict could not give any tangible explanation.

According to the prosecutor, when the guards inspected the bag, they found nine pieces of wax print and a multi-TV decoder. Mensah was therefore arrested and handed over to the police.

Upon police investigations, Mensah admitted the offence and said his friend stole the items and hid them under a kiosk at the Tarkwa main lorry station, but he was asked to retrieve and sell them.

He was arraigned and prosecuted accordingly.
GNA