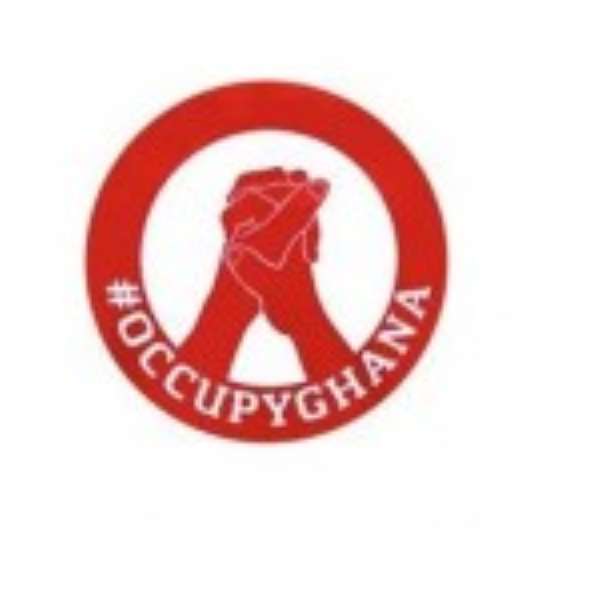 OccupyGhana, a pressure group, has challenged the Mahama-led National Democratic Congress (NDC) government to tell Ghanaians how the various Ghana Youth Employment and Entrepreneurial Development Authority (GYEEDA) service providers paid back the huge amounts they wrongfully received from the state.

A presidential staffer, Sam Nettey George, at the weekend claimed on Joy FM's 'Newsfile' programme that with the exception of one subsidiary of AGAMS Group owned by Roland Agambire of rLG fame, all monies which the service providers received from government illegally in 2012, had been paid back.

Without providing any proof, the staffer said, “Every money rLG owed the government of Ghana has been recovered. The only subsidiary of (the AGAMS Group) that is still owing government is Craftspro. But rLG has paid, Asongtaba has cleared its indebtedness and so this is a government that is not just speaking, but is walking its talk.”

However, OccupyGhana is dissatisfied with the claim and wants the government to prove that it indeed retrieved the millions of Ghana cedis from the companies since its (OccupyGhana's) investigations were showing otherwise.

“OccupyGhana has heard of a claim that the GYEEDA contractors have repaid the public funds that were wrongfully paid to them. These are the amounts as captured in the 2013 Auditor-General's Report, and OccupyGhana has done quite some work and investigations on these matters,” the group said in a statement yesterday.

According to OccupyGhana, Asongtaba, a subsidiary of AGAMs Group, owed GH¢1,843,225 for their contract in youth in dressmaking, bead making, drum making and carving and owed a further GH¢25,620,075.25 in respect of youth in smock making, tie & dye, soap making, carpentry & joinery.

OccupyGhana further said Ghana Young Artisans Movement received a loan of GH¢75,000 to be paid over six years but allegedly converted into working tools which the Auditor-General disagreed, adding “JIOOGIWU 'set-up fund' or 'loan' was GH¢53,490.”

It also said the Centre For Development Partners received 'interest-free loan' of GH¢300,000, adding that “However, by a letter dated 2nd June 2015, from the Centre for Development Partnership (CDP) to OccupyGhana, they denied ever receiving the loan amount” and their demands to the relevant ministries and agencies for a response had been ignored.

According to OccupyGhana, the Ghallywood African Film Village received a 'Set-up fund' or 'loan' of GH¢1,320,000 while Goodwill International Group/MDPI, which it said “set up sham consultancy services and oil and gas training” were paid GH¢15,133,596.05 and Seiwa Engineering Works was given an 'advance payment' of GH¢278,000.

“Can Mr. Government tell us when these monies were paid, how much was paid and how much interest was paid on them?” OccupyGhana insisted.

Joy FM's Manasseh Azure has always insisted that rLG and Asongtaba have about GH¢53 million to refund to the state for taking money without delivering the services; and Asongtaba alone is also supposed to pay GH¢15 million of the 'guinea fowl money' back to the state, according to the 2013 Auditor General'S Report.

Popular lawyer, Ace Ankomah, who is a leading member of OccupyGhana, was concerned that people could steal public moneys and simply be made to refund them even without paying interests or being punished.