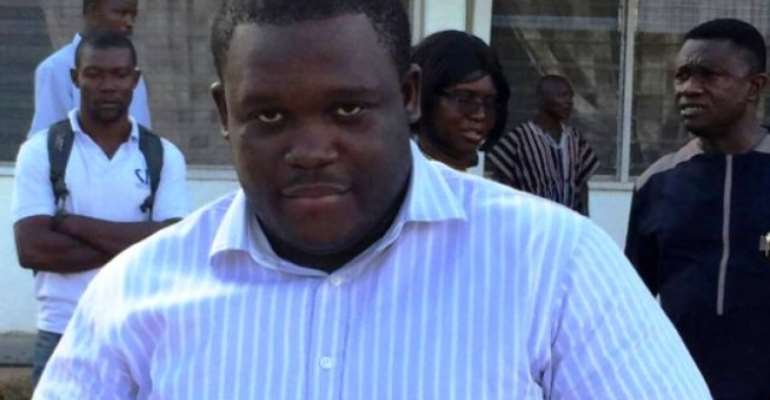 Presidential Staffer, Sam George, is claiming debts owed the state by an indigenous technology company, RLG Communications Limited, has been settled in full.

Samuel George said on Newsfile news analysis programme on Joy FM and Multi TV Saturday RLG and another AGAMS Group subsidiary, Asongtaba Contage Industry and Exchange Programme have settled the over 55 million Ghana cedis to the state with interest.

RLG and the two other companies in 2013 were ordered to refund over 115 million Ghana cedis to the state after revelations of financial malfeasance between the companies and state actors at the Ghana Youth Employment and Entrepreneurial Development Agency (GYEEDA) .

An investigative committee set up to look into a scandal that hit the erstwhile GYEEDA initiative also revealed that lapses at the finance department of the Agency is partly to blame for the fraudulent payments, which includes 5.5 million Ghana cedis in deliberate overpayment.

RLG received 25.5 million Ghana cedis to train 15,000 youth in technology initiatives but trained only 4,222. Asongtaba also received millions of GYEEDA funds to train youth in smock making, guinea fowl rearing among others but failed to do so.

The Presidential Staffer also failed to provide details of how the AGAMS Group refunded the state. The Group had been asked to pay in instalments.

The NDC Communicator and Ningo-Prampram parliamentary candidate for the 2016 parliamentary elections said the retrieval of the money from AGAMS Group was a mark of the NDC's resolve to fighting corruption.

"Every money RLG owed the government of Ghana has been recovered. The only subsidiary of [the AGAMS Group] that is still owing government is Craftspro. But RLG has paid, Asongtaba has cleared its indebtedness and so this is a government that is not just speaking, but is walking its talk," Mr George told show host, Samson Anyenini.

As at December 2014 governemnt sources said only 14.5 million Ghana cedis had been retrieved by the State, a development that was blamed on a lack of political will to implement the directive by the committee that probed the GYEEDA corruption scandal.

Sam George's revelations has been refuted by legal practitioner, Egbert Faible - who was also a panalist on the Newsfile programme Saturday.

Mr Faible is convinced Mr George's revealations are an attempt to suggest that the John Mahama-led administration was fighting corruption, when evidence points to the contrary.