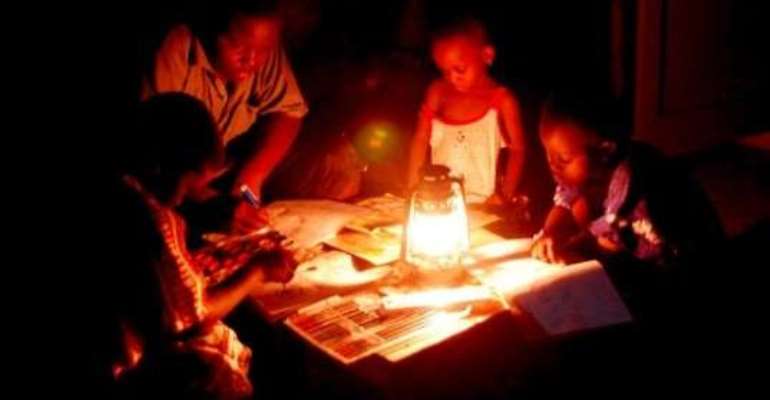 I write this article based on the fact that the President of Ghana, HE John Dramani Mahama has repeated over and over that he will fix the energy crisis we have in Ghana. The Energy Minister, Hon Emmanuel Kofi Buah, has also told the world that gradually, Ghana is becoming the hub for energy supply to West African countries.

You see, there is a saying that if a blind man says he will throw a stone at you, it means that he is stepping on one. If these two personalities in Ghanaian politics are putting their jobs on line to fix the energy problems, then one can be assured that they know exactly what they are doing. Of course, some people who refer to themselves as Ghanaians don’t see what these two gentlemen are doing. This is why I want to put on record how Ghana is going to be after dumsor dumsor.

The Ghana I see after dumsor dumsor is that the University of Ghana Teaching Hospital will have its expansion and upgrade completed with 1000 beds, and Tema is going to have a Maritime Hospital with 130 beds. Kumasi will have a Military hospital at its disposal and the Shoe Factory operating at full capacity, with orders coming from all over Africa. All the district capitals would have well-equipped hospitals and most regional capitals would have either new or upgraded and renovated hospitals. All these hospitals would have ambulances at their disposal to help ease the cases of emergencies.

The upgrade and expansion of both the Police and Ridge hospitals in Accra would be completed and with the energy in full supply, unnecessary deaths and referrals would be things of the past. Polytechnics would be built across in all regions to help ease congestion at our major hospitals. The Ghana I see after dumsor in the health sector would move Ghana to the level where Ghana would be receiving patients from all over Africa instead of Ghana sending patients to other African countries for treatment. This is the Ghana I see. I know some people are saying “tweeaaaa” as they read this article but that is their problem. Lovers and well thinkers of Ghana see exactly what I see.

The Ghana I see after dumsor would have the Kwame Nkrumah circle completed with the place turned into a tourist attraction. The sofoline interchange would be completed, so will be the Adenta and Kasoa interchanges. Motor Traffic congestion in the cities would be a thing of the past. People will not have to go to the Kumasi Airport after 6am and arrive before 6pm. Air traffic flow at the airport would be 24 hours in 7 days (24/7). The Tamale International Airport will be fully operational to ease the heavy load at Kotoka airport. More airlines would be competing to come to Ghana and that means more revenue for more developmental projects. Most of the major roads in the cities and villages will be completed or upgraded including the Kumasi to Accra road. If the NPP are dazed by the 2014 projects, they should wait for the 2018 developments and they will realize that they are safe being in opposition.

The Ghana I see after dumsor would have most people in Ghana including those at Adenta, Madina, Teshie/Nungua, Mampong, Kibi (Nana Addo’s hometown) Tema, Nsawam, Ningo/Prampram, and a lot of others in the northern parts of Ghana having portable and clean drinking water for the first time in so many years.

The Ghana I see after dumsor will have the Etuabo Gas Factory in full force, so also will be the Komenda sugar factory. With the completion of the Komenda sugar factory, Ghanaians will be adding sugar to their tea and porridge coming from their own soil. Ghana will also be saving $350 million a year. If you don’t like this, what else would you like? Would you like to vote for the nation wreckers’ party?

The Ghana I see after dumsor will have the Eastern Region having its own University and the expansion of the Universities in Brong Ahafo and Volta Regions. The progressive free senior high education will be in full force with 10,000 students receiving scholarships to attend various schools of their choice. Both Tema and Takoradi harbors will have their expansion and upgrade completed. Loading and off-loading of goods at those ports will be very easy and congestion will be something of the past.

The Ghana I see after dumsor will see Ghana again qualifying for the world cup and winning the AFCON for the first time since 1982. And instead of the NPP asking how Ghana could win the World Cup, they will be focusing on the cost of a plate of food for each player. Sometimes, they ask questions as if they are not mature. The 15,000-seater Cape Coast Sports Stadium will be available for use and football in the Central Region will have a new phase. Major markets including the ones in Kumasi, Tamale, Cape Coast and a lot others would have been built and transport of goods and services from and to these places will be nice to experience.

The Ghana I see after dumsor will see a ready and improved security services. The Ghana National Fire Service, the Police Service and the Military would have taken stock of new firefighting vehicles, new patrolling vehicles and comprehensive retooling programs, projects and modern aircraft to enable them better perform their functions. The Ghana Immigration Service would have had Surveillance System (CCTV) and WIFI systems installed at all the strategically Border Control Points for smoother operations.

The Ghana I see after dumsor will see the final retirement of Nana Akufo-Addo from active politics. He will leave behind a divided and visionless NPP and will go and stay in London for good. With the dumsor problem resolved, Ghana will once again see PEACE. The PEACE Ghana will be enjoying will be at the disadvantaged of the NPP. What will happen is that once there is peace in Ghana, the NPP members will be fighting amongst themselves. You watch! When peace returns to Ghana, the NDC will be talking about the present and the future. The NPP on the other hand, will be talking about the past. After dumsor dumsor, the NPP will not have anything left to tell Ghanaians. What they will be doing is to be reminding Ghanaians of the era of dumsor dumsor.

Do you remember the fall of the cedi? The cedi stopped falling in August 2014 but in January 2015, the NPP were still talking of the fall of the cedi. They kept quoting their economic idol; Dr. Bawumia as saying the dollar will be 4 cedis to a dollar by December 2014. Meanwhile, the cedi stopped at 3 cedis to the dollar in August 2014. Do you see the deficiency in their judgment? Yaw Osafo Marfo is now saying it is sinful for a President to come from the North, and yet they hail Dr. Bawumia as their greatest hero. I always cry for Dr. Bawumia as an NPP guy.

Even though Ghanaians will be having electricity for 24 hours in 7 days, (24/7) the NPP will still be talking of the tailor shops, barber shops, small businesses, hair dressers and others not having electricity. When business will be booming because of the energy supply, the NPP will be recounting the number of businesses that collapsed during the dumsor era. They will be reminding families whose prince and princess lost their jobs as a result of the power failure even though such individuals will now be working. The Ghana I see after dumsor is the NPP complaining why Ghanaians are having electricity supply for 24/7.