Media must provide equal opportunities to all political parties - NMC 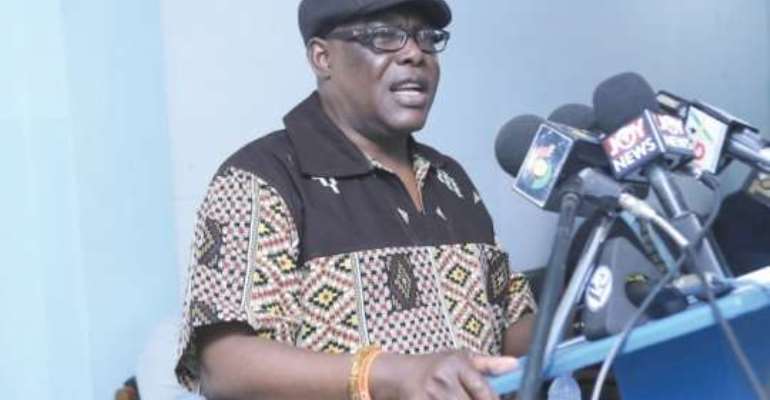 Takoradi, Jan. 24, GNA - The National Media Commission (NMC) has called on media to provide equal opportunities to all political parties as they seek to spread their messages during this election year.

It said the guidelines of election reporting and ethics of journalism required all media houses to provide political parties fair access to the media irrespective of the ownership of the media house.

It called on all media practitioners in the country to strictly adhere to the principles of fairness, balanced and accurate dissemination of information to the electorate on election activities and issues emerging out of election-related events.

Mr Kwasi Gyan-Apenteng, the Chairman of the National Media Commission, said this at a workshop organized for media practitioners in the Western Region.

The event was under the theme: 'Towards Free, Fair and Undisputed Elections: The Role of the Media'.

The workshop, which was organised by the Ghana Journalists Association (GJA) in collaboration with the United States Embassy in Ghana, was aimed at preparing journalists to observe international best practices in election reporting.

Mr Gyan-Apenteng said this year's election was crucial to the country's democratic credentials because there were a lot of issues at stake and the media must safeguard the peace and stability of the country by being fair to all parties.

He appealed to journalists to exercise circumspection when reporting on issues such as ethnicity, religion, attendance at political party rallies, Persons with Disability and children.

'Elections involved a lot of emotions and you should be guided by history because the outcome of the elections has social, economic, cultural and political implications; as media practitioners, you should not let your political orientation influence your work,' he said.

Mr Affail Monney, President of the Ghana Journalists Association, said the workshop formed part of efforts by the Association to remind the media and the public on the need work together.

He said the attainment of credible results was a shared responsibility and every Ghanaian must play its part in ensuring the success of the polls.

'As an Association we expect the 2016 Elections to be contested with great passion and high expectations, especially by politicians and political parties. This we believe, is as a result of the dispute of the 2012 elections', he said.

Against this backdrop, he said, the training was meant to sharpen the election reporting skills of journalists to ensure fair, balanced and accurate reportage and observe all the rules governing the coverage of the elections.

Mr Monney urged media practitioners to familiarize themselves with the guidelines for election coverage and be professional in their reportage so that after the November 7 general elections, the country would maintain its status as the beacon of democracy in Africa.

In view of this, he said, the lessons and challenges the Commission encountered had informed its decision to adopt many electoral reforms to improve the participatory and transparency of the electoral process.

He said the Commission had accepted many recommendations proposed by the Reformation Committee constituted by the EC following the 2012 election petition coupled with the Supreme Court ruling on the matter.

He assured Ghanaians that the recommendations would be implemented to make the electoral process this year more transparent.

Mr Owusu- Pare said the Public Regulation, CI 75 that governed the conduct of national elections had undergone some amendment due to the challenges encountered during its implementation in 2012 elections and these changes would enhance this year's elections.

Madam Sara Veldhuizen Stealy, Press AttachÃ© at the US Embassy in Ghana, said Ghana had high reputation for organising peaceful elections and tasked the media and all Ghanaians to maintain that status in this year's elections.

She said the electorate regard any information emanating from the media as genuine, therefore, the media practitioners must ensure due diligence in disseminating information to the masses.

Some participants told the GNA that the training workshop had sharpened their skills in reporting in elections and promised to be professional in their work.