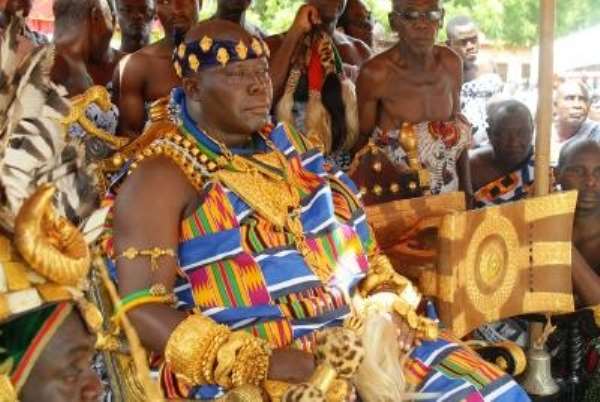 He described as deeply troubling the high number of reported fire disasters since the start of the year and said everything must be done to stop things from getting worse.

With just three weeks into 2016, the Ashanti Region alone, has recorded more than 50 industrial and domestic fires, with property running into millions of cedis ravaged.

Otumfuo Osei Tutu expressed the sentiment when officers of the GNFS paid a courtesy call on him at his Manhyia Palace in Kumasi.

They were there to introduce the newly appointed Regional Fire Officer, Mr. Semekor Fiadzor, to the King.

The Asantehene said more should be done to help the people to do the right things - adopt fire safety practices to protect lives and property.

He spoke against the erection of illegal structures that tended to make it difficult for fire fighters and other emergency services to respond to emergencies.

ACFO Fiadzor pledged to work hard and with commitment to significantly bring down fire outbreaks in the region.