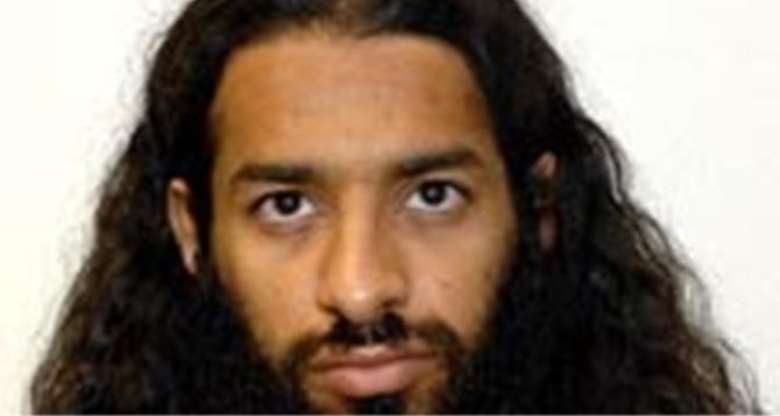 Ghana is viewed as a relatively peaceful country in a sub region characterized by constant cycle of conflicts. Analysts have identified porous borders, drug, arm, human trafficking, and other cross border crimes along the increasing levels of insurgent and terrorist activities as major security threats to countries in the West African sub region. For instance, as Mali and Nigeria battle with the insurgency from Ansar din, and Boko Haram, respectively, the immediate and distant neighbors of both countries bear the brunt of the ongoing incidence.

Surprisingly or unsurprisingly, a survey on global terrorism trends had ranked Ghana as a country with no major incidence of casualties from terrorism between 1968-2006. The foregoing had in part, arguably led to a limited research on the ‘Ghana-terrorism’ nexus phenomenon.

Nevertheless, the recent recruitment of some Ghanaian graduates into the swelling ranks of Boko Haram and the Islamic State in Iraq and the Levant (ISIL) in August 2015 seems to contradict the pacifist notions about the erstwhile Gold Coast colony. Extracts from some of my research findings on this sensitive subject suggest that gradually, Ghana faces imminent threats of terrorism.

This observation springs from several scholarship sources of research work I have conducted; some of which include “Ghana’s vulnerability to the threat of terrorism: Real, Emerging or imagined?, “The rise of Boko Haram in Nigeria: Lesson for Ghana?”, and “The evolution of the Afghanistan Taliban from the 1990’s to post 2001”.

The qualitative-based research papers prominently analyze and discuss the findings by drawing on literature about terrorism and violent radicalization. The analyses reveal that Ghana’s susceptibility to the menace of terrorism is real, and steadily building up. Using some selected sub (regional) terrorist organizations such as Boko Haram, and Al Shabaab as referent points, the study identify that Ghana’s security is threatened by the transnational aspects of the former. The revelations that some Ghanaians could be swayed by the ideological influences and the activities of the aforesaid sects is becoming a reality. Other factors that add weight to the threats from Boko Haram, and Al-Shabaab, among others, include but not limited to lack of domestic and transnational security cooperation and collaboration, the Economic Community of West African States’ policy of free movement of people and goods, weak borders, influx of refugees, and not least, Ghana’s continuous involvement in international military interventions.

As a consequence, the study admonishes Ghanaian authorities to closely watch current social, political, economic and religious conditions such as poverty, poor governance, corruption, unemployment, refugees and (violent) religious radicalization which could light the flames of terrorism in Ghana.

Against this backdrop, some highlights on the above caption would probably shed some light on whether the Ghana government’s decision on accommodating two allegedly hardened and “high risk-self-confessed terror suspects”, was cogent. Attempts at this venture is neither premised on scoring political points nor anchored on anecdotal analysis, and must therefore be met with sound optimism.

The former is pointedly noted for admitting to the membership of the Taliban, holding allegiance to, and combating on behalf of the late Osama Bin Laden, serving an uncharged sentence of approximately 14 years at Guantanamo Bay, “threatening to kill US citizens on multiple occasions including a specific threat to cut their throats upon his release”, and is therefore “deemed high risk to the US and American interests”. The latter is said to have served under the apprenticeship of Al Qaeda in Afghanistan, resulting in his almost 14 years’ incarceration at Guantanamo Bay following his capture. Relatively, he does pose a “medium risk to the US and American interests”. For the avoidance of doubt, the Guantanamo Bay base is a United States military prison which is situated in Cuba. It was purposely established to confine, interrogate, and prosecute perilous people for their involvements in terrorism, and other war crimes.

Some security-related questions linger in my mind; 1. Are there no US’ citizens, companies, and interests in Ghana such that the latter’s hosts could strike against? 2. Do Ghana’s ‘guests’ pose substantial threats to the country’s security and stability? 3. Why can’t the US accommodate them? 4. How effective and efficient is Ghana’s intelligence and security services when juxtaposed with that of the USA? Need I say more? I am sure some questions persistently preoccupy your minds as well.

Strangely enough, the Ghana government indicates that her decision to accommodate the quondam Guantanamo detainees of Yemeni origin was purely premised on humanitarian grounds, and that there were no strings attached. I hope the leadership has not lost sight of the fact that Ghana is still a sovereign state with the right to pick and choose what it will and won’t do. This is not to say that Ghana and the US should not collaborate to play pivotal roles in addressing issues of terrorism.

However, to the extent that the (former) inmates of GITMO have not been trialed in a competent court of jurisdiction to establishing their complexities or otherwise of the allegations levelled against them, does not abruptly end the controversies and the legalities that shroud the move. If this is anything to go by, Ghana could perhaps be said to have virtually implicated itself in this arguable venture by kowtowing to America’s appeal. In this respect, it may have been fair to the ex-detainees, and the US government, if the former had been arraigned before a competent court. Consequently, such an attempt might have partly put to rest, if not wholly, the contention surrounding their hanging status as terrorists or otherwise.

Secondly, one may raise a genuine concern which bothers on a possible pressure the Ghana government might have been beset with before arriving at its decision. Disregarding the impacts of the political power, and influence the world’s remaining sole super power wields in brokering this deal may culminate in the flouting of facts. Whiles denying not the salience of this standpoint, an instrumental question is nonetheless worth-asking; has the government erred in heeding to a request which overtly seems inimical to the security of its people? And I am not by this scathingly criticizing Ghana in its efforts at adhering to the dictates of international treaties and conventions it has ratified. Rather, I am seeking to reiterate the fact that it must strive to satisfy its self-interests first, since the situation calls for assertiveness in foreign policy choices.

Furthermore, one may argue from the perspective that Ghana is better positioned and prepared to accommodate their new ‘visitors’. This assertion may stem from the country’s putative record of relative peace. What is more, it is probably informed by the reasoning that its established security systems might have been considered capable of handling the possible collateral security implications in the aftermath of the deal. Nonetheless, as a recent research and a survey of the subject conclude, Ghana is gradually losing its peaceful credentials. Again, one wonders why the US, despite its sophisticated security systems, barred the transfer of Guantanamo prisoners from its soil via a Senate majority voting of 91-3 following the National Defense Authorization Act (NDAA). This probably speaks volumes of the obvious.

Conclusively, my overarching question is was the decision by the government of Ghana cogent and reasonable? As for me my answer is ‘negative’, since it fuels fundamental security concerns, and controversies. My argument is that with the leadership of these terrorist groups still strong and intact, our welcomed guests may continue to possess the acumen to replenish, regroup, rearm and operate both within and outside of Ghana’s borders. The resultant effects may not be far-fetched; Ultimately, Ghana’s reputation could really be reduced to ruins as an oasis of peace in the sub region. From this perspective, prudence dictates that we consciously and cautiously guide and guard against our seemingly sustained peace which has suffered some dents and dots following the recent recruitments of some discontented graduates of the Kwame Nkrumah University of Science and Technology (KNUST) into ISIL. Apparently, this incidence has given lie to the argument that Ghana is immune to terrorism. It has further exposed the limits of its current counter-terrorism measures, and might face further limitations if current practice is any guide to future developments. As such, the question of why Ghana consented to this arrangement remain a true theoretical, and policy puzzle.

That said, I would warmly welcome the traditional Ghanaian hospitality to be eternally extended to eligible refugees from all walks of life irrespective of their religious, political, lingual, cultural and national identities. Nonetheless, my fierce objection to the decision to play hosts to “terror suspects” in Ghana is simply predicated on security concerns and not necessarily informed by chauvinistic underpinnings. I humbly hope that my position would not be misconstrued or lose translation in the minds of readers.

Going further, caution against too much pessimism is prudent to the extent that America’s assurances that Messrs. Atef and Al-Dhuby pose no security threat is authentic. Notwithstanding that, the foregoing requires those at the helm of affairs to craft a robust and rigorous response to combating terrorism. Some suggestions may be useful; as a first step, there should be increased public discourse, education, and sensitization on the phenomenon. The rest could concurrently focus on addressing adverse socio-politico-economic, and religious conditions as highlighted above.

Without any shred of doubt, this development would spark thorny debates within academic and policy circles, pitching scholars, policy analysts and bureaucrats against one another on different sides of the argument. One thing may be certain; critics of the deal may be numerous as its supporters.