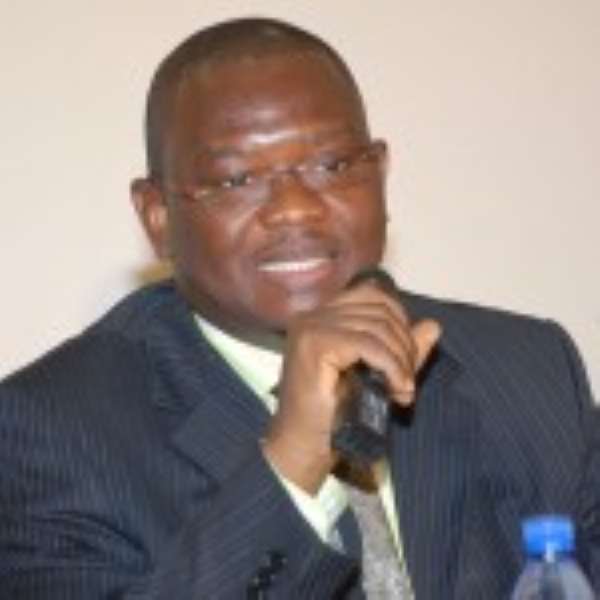 Sylvester Mensah
The former Chief Executive of the National Health Insurance Authority (NHIA) Sylvester Mensah who was arrested by the Bureau of National Investigations (BNI) Friday morning has been transferred to the facility's regional headquarters for further interrogation.

It is not clear what his charges are and when he would be released, a close associate of Mr. Mensah told myjoyonline.com.

Mr. Mensah tendered himself to the BNI on the New Year Day, January 1, after seven armed BNI operatives stormed his residence at Tse Addo near Trade Fair in Accra today's dawn.

Mr. Mensah was not home when the armed men invaded his residence.

They however proceeded to search his house and manhandle his security man, our sources claimed.

It is also not clear if his arrest has anything to do with a fraudulent case being investigated by the BNI in which five officials of the NHIA have bee arrested.

Some 17 persons have also been cautioned and granted bail by the BNI.

The investigations began six months ago at the instance of the President John Mahama and according to the BNI, many of the medical facilities have been falsifying documents and submitting bloated claims to the NHIA, and in some cases colluded with officials of the NHIA to defraud the Authority.