Muhammad [Pbuh]: The Exceptional & Extraordinary Being Ever Created- Views From Some Non-Muslim Intellectual Luminaries Of The Western & Eastern World[1] 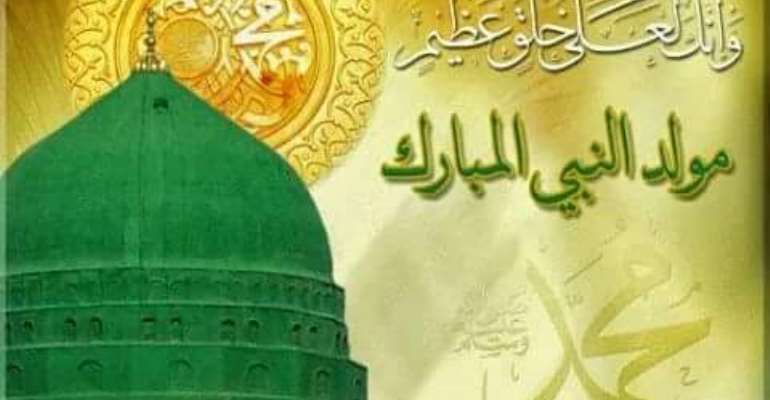 “Muhammad is the most successful among all the prophets and religious personalities.”

“Muhammad founded and promulgated one of the world’s greatest religions, and became an immensely effective political leader. Today, thirteen centuries after his death, his influence is still powerful and pervasive.”

--- Michael Hart in his, ‘The 100’A Ranking of the most Influential Persons in History.

As we inch closer to the 23rd of December, next week Wednesday, which climaxes and coincides with the birthday or Maulid of our beloved Prophet Muhammad [PBUH], it is expedient to read and reflect deep through the lens of non-Muslim Intellectuals on the life and legacy of this greatest man Allah had ever created on earth, who is even superior over the angels who are the ambassadors of Allah to mankind.

Muhammad[PBUH] since his birth and youth in the pre-Islamic Arabia had been a subject of much praises from especially the unbelievers and the orientalists who wrote a lot about him. Below are few selected opinions of some orientalists about this unique personality, par excellence!

The famous Scottish historian and writer, Thomas Carlyle (d. 1885) in his works on: ‘Heroes & Hero Worships and the Heroic in History`, described the revelation of Muhammad as issuing from a spark that is divine and holy. He understood Mohammad’s greatness and portrayed it in its strength as likewise

Irving and Spurger among other orientalists, eloquently described the greatness of Muhammad, “….But from an early age, he had been remarked as a thoughtful man. His companions named him, “Al-Amin”, the trust worthy. A man of truth and fidelity; true in what he did, in what he spoke and thought. They noted that he always meant something. A man rather taciturn in speech; silent when there was nothing to be said; always throwing light on the matter.

This is the only sort of speech worth speaking! Throughout his life, we find him to have been regarded as an altogether solid, brotherly, genuine man, A serious, sincere character; yet amiable, cordial, companionable, jocose even – a good laugh in him… there are men whose laugh is as untrue as anything about them; who cannot laugh. A spontaneous, passionate, yet just, true-meaning man! Full of wild faculty, fire and light; of wild worth, all uncultured; working out his life-takes in the depth of the desert there….It goes greatly against the impostor theory, the fact that he lived in this entirely unexceptionable, entirely quiet and commonplace way, till the heat of his years was done. He was forty before he talked of any mission from Heaven.

All his irregularities, real and supposed, date from after his fiftieth year, when the good Khadijah died….Mahomet himself, after all that can be said about him, was not a sensual man. We shall err widely if we consider this man as a common voluptuary, intent mainly on base enjoyments, -- nay on enjoyments of any kind.”

All his “ambition,” seemingly, had been, hitherto, to live an honest life; his “fame,” the mere good opinion of neighbors that knew him, had been sufficient hitherto. Not till he was already getting old, the prurient heat of his life all burnt out, and –peace-growing to be the chief thing this world could give him, did he start on the “career of ambition;” and, belying all his past character and existence, set up as a wretch empty charlatan to acquire what he could now no longer enjoy! For my share, I have no faith whatever in that.”

Washington Irving, a famous author, died in 1859, also said: “His military triumphs awakened neither pride nor vain glory as they would have done had they been affected by selfish purposes. In the time of his greatest power he maintained the same simplicity of manner and appearance as in the days of his adversity. So far from affecting regal state, he was displeased if, on entering a room, any unusual testimonial of respect was shown to him.”

W. Montgomery Watt said: “His readiness to undergo persecution for his beliefs, the high moral character of the men who believe in him and looked up to him as a leader, and the greatness of his ultimate achievement – all argue his fundamental integrity.

To suppose Muhammad an impostor raises more problems than it solves. Moreover, none of the great figures of history is so poorly appreciated in the West as Muhammad …Thus, not merely must we credit Muhammad with essential honesty and integrity of purpose, if we are to understand him at all; if we are to correct the errors we have inherited from the past, we must not forget the conclusive proof is a much stricter requirement than a show of plausibility, and in a matter such as this only to be attained with difficulty.”

The German Poet, Wolfgang Goethe said, “I looked into history for a human paradigm and found it to be in Muhammad”, he was a master of poetry, drama, and the novel. He also conducted scientific research in various fields, notably botany, and held several governmental positions.

Dr. Gustav Weil in his History of the Islamic Peoples said: “Muhammad was a shining example to his people. His character was pure and stainless. His house, his dress, his food-they were characterized by a rare simplicity. So unpretentious was he that, he would receive from his companions no special mark of reverence, nor would he accepts any service from his slave which he could do for himself. He was accessible to all at all times. He visited the sick and was full of sympathy for all. Unlimited was his benevolence and generosity as also was his anxious care for the welfare of the community.”

Edmund Burke said: “The Mohammedan law, which is binding on all from the crowned head to the meanest subject, is a law interwoven with a system of the wisest, the most learned and the most enlightened jurisprudence that ever existed in the world.”

Maurice Gaudefroy said: “Muhammad was a prophet, not a theologian, a fact evident that one is loath to state it. The men who surrounded him and constituted the influential elite of the primate Muslim community, contented themselves with obeying the law that he had proclaimed in the name of Allah and with following his teaching and example.”

Amyn Sajoo, in his Muslim Ethics: Emerging Vistas also stated that, “…The Prophet came to Medina and exemplified tolerance, an aspect of Islam which is fundamental to the manner in which the religion should operate in foreign lands.”

Annie Besant, an English theosophist, philosopher and political figure who advocated home rule and educational reforms in India wrote in her Life and Teachings of Muhammad, that: “It is impossible for anyone who studies the life and character of the great Prophet of Arabia, who knew how he taught and how he lived, to feel anything but reverence for the mighty Prophet, one of the great messengers of the Supreme (God). And although in what I put to you I shall say many things which may be familiar to many, yet I myself feel, whenever I reread them, a new way of admiration, a new sense of reverence for that mighty Arabian teacher.”

Itolostowi, a Russian Author said, "Verily, the law of Prophet Muhammad[PBUH] will rule over the world, by virtue of its harmony with the mind and wisdom."

Karen Armstrong, a British Catholic Nun wrote in her Muhammad: A biography of the Prophet, that: “Muhammad scrupulously helped with the chores, mended his own clothes and sought out the companionship of his wives. He would consult with them, seek their advice on matters pertaining to the community, and take their words seriously.”

Mahatmah Ghandi, an Indian famous freedom fighter upon reading the biography of the Prophet got so fascinated and had this to say: “After I finished reading part two of the “LIFE OF PROPHET[PBUH]”, I found myself in need to know more about his great life. He inarguably wields power over the hearts of millions of people.”

Upon further reading about the Prophet[PBUH]later, Mahatma Gandhi further stated that,“I wanted to know the best of the one who holds today undisputed sway over the hearts of millions of mankind…I became more than convinced that it was not the sword that won a place for Islam in those days in the scheme of life.

It was the rigid simplicity, the utter self-effacement of the Prophet, the scrupulous regard for his pledges, his intense devotion to his friends and followers, his intrepidity, his fearlessness, his absolute trust in God and in his own mission. These and not the sword carried everything before them and surmounted every obstacle.”

Sean William in his” Medina Charter of Prophet Muhammad & Pluralism”that, “The Prophet drew upon the characteristics of unity, respect, tolerance, and love to create and administer a pluralistic community…People were safe and respected and free to follow and exercise their beliefs and would be protected in doing so.”

Ref: Muhammad, the Messenger of Allah, By Abdurrahman Al-Sheha.

Husseini Yushau BabalWaiz, is a Journalist, Author and Tutor of Arabic and Islamic Studies in New York. He authored, “Paradise Under Mother’s Feet”, “Not good without God” and “Islam Promotes Tolerance & Prohibits Terrorism”. He is the Founder & Executive Director of HUDAIBIYAH FORUM FOR GLOBAL PEACE, an emerging anti-terrorism educational advocacy think-tank based in New York.

Don’t give literal meaning to Akufo-Addo’s response to Torbg...
56 minutes ago