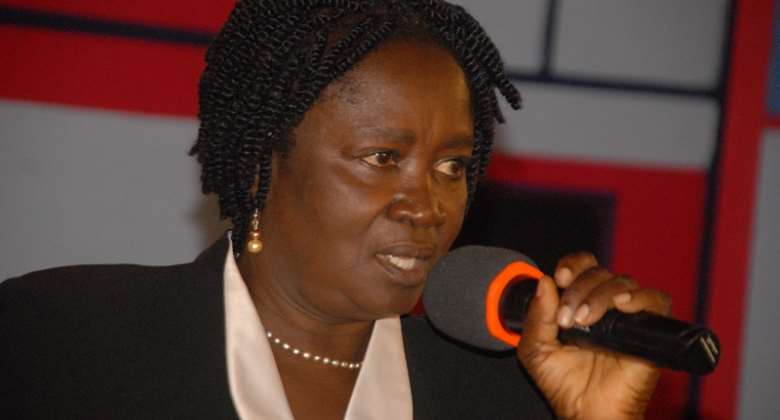 Events emanating from the various colleges of education in the country bring into focus the policy implementation ability of some of the nation’s leaders - in this case those in the education sector. The students’ demonstrations followed by the closures of some of the colleges could have been avoided had somebody, before its enforcement, reviewed the policy’s implementation procedures, related problems and possible solutions.

Between November 25th and December 1st, 2015 Ghana media reported the closures of some colleges of education including those at Akrokerri, Bagababa, Mampong (Ashanti) Offinso and Wesley College (Wesco), Kumasi. In Offinso some of the students were said to have sprayed human excreta onto the classrooms and destroyed school items and the school bus' wind­screen.

The students also pelted stones at anything on sight injuring some of their colleagues. The closure of Ofinso came barely a day after students' demon­stration at Wesco turned violent, when police who were called in to ensure peace, charged on them, whipping them with sticks thus leaving many injured.

The students’ behavior is believed to be a reaction to a new policy, whereby teacher trainees who failed a course after re-sitting an examination would either be dismissed or re-enrolled as first year students. According to the Principal of the Bagabaga College of Education, Alhaji Adam Zakaria, a directive from the University of Cape Coast (UCC), the supervising institution, that all students who failed the supplementary end-of-semester examination and had refers, should be sacked from the college.

This had led to the dismissal of some 1,400 teacher trainees from the various colleges of education in Ghana which the president of the Teacher Trainees Association of Ghana (TTAG), Samson Tagba, had described as “unjustifiable.”

In response to the students’ behavior, the director of the Institute of Education at the University of Cape Coast, Prof. Fred Ocansey, had stated the institution was not perturbed by pockets of vandalism and social media intimidation being used by students affected by its new policy regulating academic performance in colleges of education in Ghana. He added that the new policy had the blessing of the Education Ministry, the Council of Tertiary Education and all other relevant stakeholders of education.

A review of teacher-trainees’ reactions to certain government decisions in the past would be in order here. In 1967, General Afrifa, then Head of State, said “it would be unwise to pay allowance (alawa) to students in teacher training colleges.” His government, the National Liberation Council (NLC) went ahead at the beginning of the 1967/1968 academic year to take away the alawa for teacher trainees. The students reacted angrily by embarking upon some form of demonstrations against the military government demanding the restoration of their

In 2012, presidential candidate John Mahama (who then doubled as the interim President of Ghana) had to find a way to avoid students of Akrokeri College of Education (Akrokeri). The students had skipped classes with the sole purpose of confronting him for the restoration of their alawa which his government had again cancelled after its restoration by the Rawlings’ administration.

On Wednesday April 15, 2015, Honorable Samuel Okudzeto Ablakwa (Ablakwa), Deputy Minister of Education) had to be whisked away into safety when angry teacher trainees pelted him with sachets of water at Wesco as he mounted a podium to address them at a planned program dubbed Campus Connect, organized by the Ministry of Education to bring governance to the door step of students.

According to the students, they had petitioned the Minister with regards to their concerns on several occasions but the Ministry had turned a deaf ear and that if the Minister was not ready to listen to them they also saw no need to sit at the program to listen to him. The center-piece of the students’ concern was the cancellation of teacher trainees’ allowances in Ghana.

These historical facts should have informed UCC to be circumspect in the implementation of the new policy that had become the source of contention between the institution and the students. One thing that is very dear to the hearts of teacher-trainees is teaching practice.

During this period, students are pretty much pre-occupied with notes preparation, presentation and content delivery to ensure passing this aspect of their career training. More so they are sent to different locations with limited time for interaction and discussion on students’ politics. This would be the ideal time to implement a challenging policy such as the one at hand.

The Principal of Government Teachers’ College, Ikorodu, Lagos State, Nigeria, Alhaji Solaja (Solaja) of blessed memory, utilized this period in the life of teacher-trainees to the admiration of his employers with maximum effect. His over-ambitious vice-principal instigated the students against him by clandestinely encouraging them to go on strike to get the authorities remove Solaja from office and the position given to him. Solaja read through the lines, literarily went on his knees, called students by their names and successfully begged them to resume classes.

He then changed the time table and two weeks later the second and final year students were on teaching practice; before they returned the vice-principal had been “relocated” into some faraway place. Soon after the teaching practice, the students had only one week to prepare for the end of term examination. The students therefore had no time to even think of let alone plan anything even though they had threatened mayhem should the said vice-principal be transferred

In the words of their president, the students accused UCC for acting contrary to what it had written down as the working principle to guide academic activities in their various institutions. “We have a progression rule that says that for a student to be withdrawn or deferred, that student would have obtained one, two, three or four E’s at the end of the year’s academic work, and the deferred student must pass at least three courses in the supplementary examination context at the end of the academic year before he or she can progress to second year.” Tagba argued that there was no acceptable reason for the dismissals, if the students met the standard of the existing progression rule.

From all this one thing is very clear and common to all the events – UCC implemented a life changing policy without evaluating its related costs. Just as the decision was made it was implemented as if the life of the government depended upon it. What happened to sensitization and security concerns? What would have been the cost of “grandfathering” those already in the system? It appeared UCC just changed the rules in the “middle of the game.” Why should this be the case? What about deferring the new policy to incoming students?

Speaking at the third congregation of the Accra Polytechnic’s Bachelor of Technology on Saturday (12/5/15), Ablakwa stated that “Standards are very high at the tertiary level; if you do not meet certain minimum performance, you will be expelled. You can reapply, but as for the standards, you have to meet them.” What standard was the minister talking about? Government had through its own policy reduced teacher education to the bottom of educational progression in the country by admitting candidates who could not qualify to be admitted into degree awarding institutions.

Why would someone with a good grade in the West African Senior School Certificate Examination (WASSCE) opt for a diploma-awarding institution when the same qualification would give him a degree? Only those with weak results had been applying and accepted into those colleges. After such caliber of students had been accepted, UCC wanted them to raise their standard as if they were pursuing degree courses. Probably the students would do better if UCC promised to give them degrees.

More disturbing is the fact that it would take a diploma–holding teacher some two additional years in a degree-awarding institution before he would be given a degree; and when re-appointed (in terms of rank and promotion) he would be below those who had their degrees before him. In effect government itself had indirectly lowered the standard in colleges of education by the type of students admitted into those institutions. This fact should have reflected in the rushed decision to dismiss failing students in the middle of the academic semester.

The practice of dismissing failing students is not peculiar to the teacher-trainees. University of Ghana’s, (Legon) First University Examination (FUE) was legendary with its attendant “Mfodwo benya wo” mantra. Incoming students knew they would be expelled should they perform below expectation in the FUE. For years Legon had been expelling failing students yet the issue had never been one of the problems the institution had to contend with.

The same goes to almost all other institutions with similar policy. Why should this particular one generate demonstrations degenerating into violence? There must then be something seriously wrong if teacher-trainees were kicking against the implementation of such a policy in their institutions. Somebody should sit down and re-evaluate the whole policy and its implementation.

It is very interesting that the Minster of Education, Prof. Jane Naana Opoku-Agyeman would pontificate that “it’s very important for us as the ministry and all stakeholders to produce quality teachers into the classrooms” but could not prevent students from demonstrating against the implementation of a noble policy. Effective implementation of any new policy is a reflection of the institution and the personnel involved. UCC and the Ministry of Education could do better.