Asiedu Nketia's statement could be a coded language 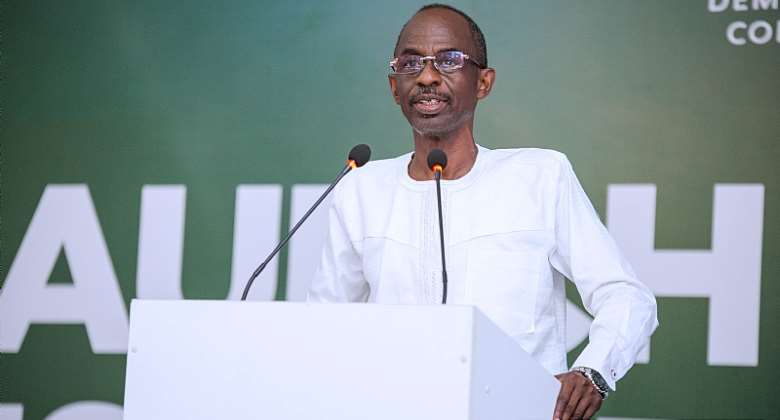 The General Secretary of the opposition National Democratic Congress (NDC), Johnson Asiedu Nketia says "the spontaneous manner of the massive street protests by the party supporters is likely to intensify and may get out of control."

The above statement appeared to be a coded language. It could be interpreted as an order for an action of a pre-planned event. Professionals in the security services needed to study the environment under which the statement was made.

It could be seen that none of the said "massive street protests" had been spontaneous. They had all been planned and executed. When they were not getting the attention they chose to add tire burning and street closures. These led to confrontations with the police thus giving them the needed attention.

They were still not making any impact so they resorted to possibly a step further by coming out in all the sixteen regions on a particular day creating the impression that they were spontaneous.

It could also be interpreted that they had succeeded penetrating through the security services and had got access to certain sensitive information that they would capitalise on to do something "stupid" that could give them the maximum effect of whatever their intentions were.

Another scenario could be that Asidu Nketia gave the order for the perceived invasion of mercenaries hired or contacted by the NDC to effect their agenda. There was also the unlikelihood of an order for their contacts in the security services to "pounce" on the nation with the intention of effecting a regime change.

One could give various methods for which the said order should be carried out. The important thing was that the statement had elements of a coded language. The derivation of this statement stemmed from the intelligence picked up by the US days before Osama bin Laden's men attacked symbolic properties on September 11, 2001 in New York, Washington DC and Pennsylvania. Reports had it that the terrorists said there was going to be "a big wedding/marriage" on that day.

Following what Hon Kennedy Agyepong had been saying about the NDC and the eventual happenings of the same, one would not be far from wrong as to the real intentions of the statement attributed to Asiedu Nketia - an ORDER. Conversations with friends known to be NDC activists point to one direction: "you wait and see what is going to happen"

It would be an embarrassment , if the Government would not stop whatever was being planned in their tracks. GOD BLESS OUR HOMELAND GHANA