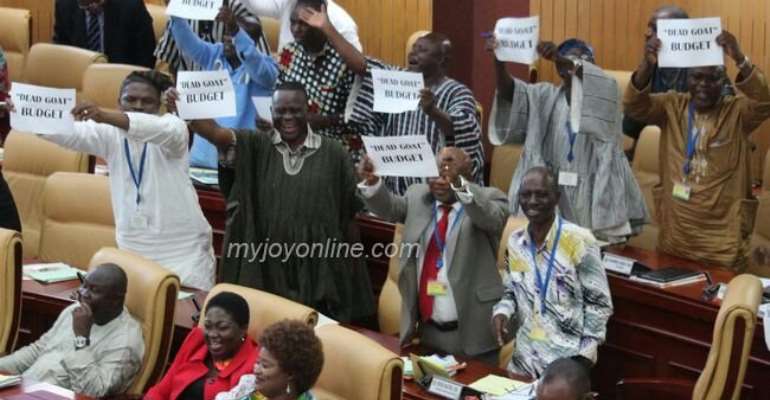 Minority Leader Osei Kyei-Mensah-Bonsu has pooh-poohed on government’s financial statement for 2016, pointing to an uninspiring direction for a struggling economy.

Finance Minister Seth Terkper who presented the 2016 budget statement Friday to Parliament enumerated plans to consolidate macro-economic gains and also revive Ghana’s economy which some economists suggest is in coma.

But the Minority Leader is not convinced the 2016 statement paints any hope for the nation, indicating that its content is a true reflection of President Mahama's catchphrase: "I have a dead goat syndrome".

“This is a dead goat budget,” he told his colleague legislators when he seconded the motion to adjourn sitting after the Minister presented the budget.

Mr. Kyei-Mensah-Bonsu further explained that the budget is “full of perspiration but very little inspiration”.

In his view, what appeared to be government’s prudent plans to build the economy next year is nothing but a “trust betrayed budget”.

In unison, Members of Parliament on the Minority side overwhelmingly supported their leader’s description of the budget, brandishing placards boldly written, "Dead Goat Budget".

The 2016 Budget is themed: “Consolidating Progress towards a Brighter Medium Term”.

The consolidation agenda hinges on Government’s commitment to promoting fiscal discipline based on enhanced domestic revenue mobilization, prudent public expenditure management, improved debt management and the implementation of reforms in key areas of the economy, the Finance Minister explained.

SOME KEY HIGHLIGHTS OF THE 2016 BUDGET 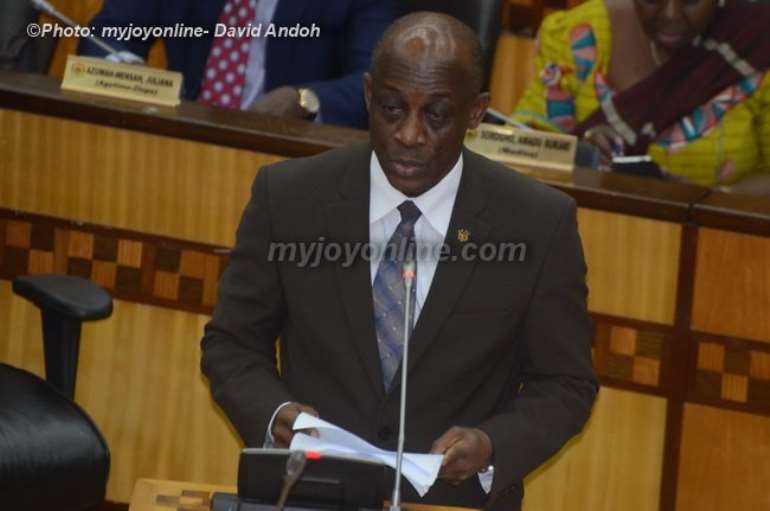