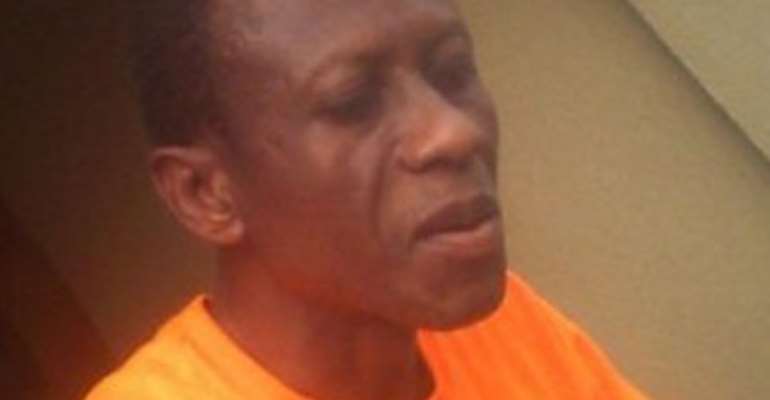 In an attempt to clear his name, Justice Paul Uuter Dery, one of the high court justices mentioned in the bribery scandal that has hit the judiciary, has filed an application for interlocutory injunction to stop everybody from commenting or publishing the matter involving him, saying that the case is before a court of competent jurisdiction.

Initial Suit
Initially, Justice Dery had filed a suit at an Accra high court against Tiger Eye PI – the company owned by undercover journalist Anas Aremeyaw Anas – who broke the news about massive bribery and corruption in the judiciary, asking for a perpetual injunction against the public screening of the video as planned by the investigative journalist.

He had cited the Chief Justice and the Attorney General in the suit.

Yesterday, the embattled judge moved a step further to file a fresh suit to restrain the various public institutions where the film detailing the judicial bribery was intended to be screened.

The video is scheduled to be screened to the public at the Accra International Conference Centre on September 22 and 23 this year.

Similar to what he had initially filed against the three defendants, Justice Dery is seeking a declaration that 'the intended public screening of the contents of the audio-visual recordings to the public by Tiger Eye PI at the Accra International Conference Centre is prejudicial' to his right to fair hearing.

He also wants an “order restraining the Defendants, their privies and assigns from carrying out or making the Accra International Conference Centre available for the intended public screening of the said illegally and unlawfully procured audio-visual recordings on the 22nd and 23rd of September, 2015.”

He argued that the screening of the video at the conference centre is “illegal and only meant to incite public hatred' against him.

According to the judge, allowing Tiger Eye PI to show the video to the public would prejudice the ongoing investigations initiated by a committee set up by the Judicial Council as part of his impeachment process by portraying him as guilty of the offence of bribery.

He claimed that Anas and his Tiger Eye PI obtained the recordings 'illegally' and 'maliciously' with the objective of causing him to be impeached.

Invoking Article 146 (8) of the 1992 Constitution, Justice Dery said “any petition and proceedings for his removal as a justice of the High Court are by law confidential and must be held in camera.”

He contends that this confidentiality attached to the impeachment proceedings also extends to documents and other relevant materials to be relied on in the proceedings.

He argues that 'the audio-visual recordings are to be treated with much confidentiality and should not be screened to the public.”

Statement Of Claim
In his affidavit in support of the motion on notice for an interlocutory injunction, Justice Dery averred that the letter he was served had mentioned bribery allegation levelled against him by Anas in respect of a case he presided over titled, 'The Republic v. Kwame Dzato,' at the Fast Track High Court 3 in Accra.

Justice Dery, who was recently transferred to the Sekondi High Court, said before he could respond officially to the Judicial Council over the allegations, the same Anas had 'caused to be published on various media platforms, transcript of audio-visual recordings he unlawfully procured in support of his bribery allegations against me.'

The judge, who was once at the Human Rights Court in Accra, displayed as exhibit Anas' tickets for the intended public screening, which he said was being done in collaboration with some media houses and a media rights organisation.

According to Justice Dery, if the said audio-visuals existed – which he is categorically denying – they 'constitute entrapment which is intolerable in law and more particularly, in the interest of best practices, frowned upon by the laws of civilised democratic countries such as the United States and the United Kingdom.'

Justice Dery insisted that 'there is a serious question to be tried or a right to be protected,' adding, 'On the balance of convenience, I stand to suffer more harm than the respondent if this is not granted.'

Warning Letter
In a related development, Justice Dery's Lawyer, Nii Kpakpo Samoa Addo, has written to various media houses reminding them that the judge had filed a law suit seeking several reliefs, including injunction to be placed on the viewing, publication and broadcasting of the documentary by Anas.

The letter said the application for interlocutory injunction had been fixed for September 22, 2015 for hearing.

'Our client wishes to inform you that any act by your institution to circulate or publicise any news on the said documentary or transcripts from the said documentary in the light of pending suit, and more particularly the pending injunction, may expose your company to contempt of court as such conduct will be prejudicial and will seek to overreach the court in the pending case.'