IPP To Invest More In The Country’s Education 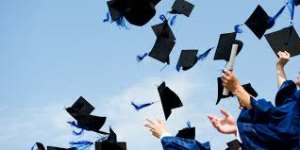 The Independent People Party (IPP) says it will spend 30% of the country’s budget on education. This will be one of the highest levels of expenditure on education, as a percentage of national expenditure in the world. According to the party, this will be reflected in our first budget for 2017 if the party is voted into power in the 2016 elections.

Speaking to Ultimate Fm Joseph Oppong Brenya, in an exclusive interview, the leader of IPP said Every country that has succeeded in lifting more people out of poverty has made education its top priority, hence his party’s decision to invest more in education.

“We must do so too if we want to win the war on poverty and unemployment. In a knowledge economy your opportunities depend on what you have in your head, the human hard-drive that never gets full — the miracle known as our brain. What you learn and how you apply your knowledge, translates into skills. This plays a large role in determining how far you will get in life” Mr. Akpaloo said.

“Education is probably the single most important tool for turning technology into an engine for opportunities for all. Under IPP government no school would be run under trees. Instead of spending our scarce resources on luxurious cars for government officials we would channel them to build high quality school environment nationwide”.

Speaking on the free education message been preached by both the Opposition New Patriotic Party and the ruling National Democratic Congress, Mr. Akpaloo said his party does believe in the free Senior High Education. He also painted a bleak picture about the state of the country’s education.