After Years Of Neglect, Growing Attention To TB In Children In Asia Pacific 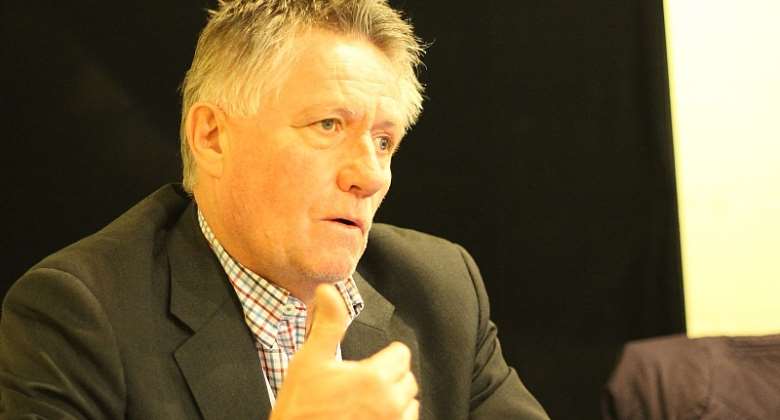 (CNS): TB is a neglected disease, killing 1.5 million people each year. But perhaps the most neglected group of TB patients is the estimated 550,000 million children or more, who suffer from the disease each year. TB is commonly passed from adults to children and is among the top 10 causes of illness and death among children, killing more than 80,000 each year.

With a view to accelerate efforts to end childhood TB deaths, WHO had launched in October 2013, the first ever targeted Roadmap for Childhood TB that focussed upon key actions needed to tackle childhood TB. While speaking to Citizen News Service (CNS) at the 5th Asia Pacific Region Conference on Lung Health in Sydney, Dr Steve Graham, Professor of International Child Health at University of Melbourne and one of the main architects of this Roadmap, said that, "2015 is an exciting year for Childhood TB. The roadmap has drawn attention to this neglected problem and now more and more people are thinking about it. There is much more attention from national TB programmes (NTPs). We are close to getting innovations like fixed dose combinations for children that will be available soon.

But more important is that the post 2015 End TB strategy of the WHO involves approaches that would include children—more community based and family based screening, preventive therapy, operational research, and working with other health sectors—particularly maternal and child health. We also have a Task force on Child TB that is bringing people from the maternal and child health sectors together to the NTPs to form child TB working groups at regional and national levels. Today there is a lot more to say on this issue than perhaps 5 years ago. So a lot of momentum has been built up and the roadmap is moving forward."

Access to diagnosis and care is a major challenge, feels Dr Graham. "The challenges that remain are that of correct diagnosis—too many people in the region do not have the confidence to make a correct diagnosis of TB in children. We still have the issue of trying to find TB in children diagnosed with pneumonia, in malnourished children. We definitely need better diagnostics. Better notification of child TB cases is also important. There are many more kids who have been diagnosed with TB but are never reported to the programme.

And unless we have reliable data on how many kids have TB, we will not be able to plan out well for appropriate funding, evidence based advocacy, and appropriate interventions to deal with the problem. There has to be evidence based policy guidance and the political will and leadership to do so," said Dr Graham.

Currently there is a lack of effective diagnostic tests that can detect TB in children, as well as of child-friendly drug formulations for treatment and care for children with TB and/or those in contact of someone diagnosed with TB. Dr Cherise Scott, Director, Paediatric Programmes, TB Alliance (Global Alliance for TB Drug Development) emphasized upon the need for new tools to diagnose TB in children. All existing tests are sputum based and it is difficult for children to produce the sputum. Moreover they have less TB bacteria due to pauci-bacillary nature of the disease. So correct diagnosis becomes all the more difficult.

She said to CNS that, "Very often we have to depend upon clinical diagnosis and X-Rays, which are not confirmatory tests to detect TB. I think diagnostics for TB in children is even more neglected than treatment. We need new tools that do not rely on sputum. Use of GeneXpert has been recommended for diagnosing TB in children, but this tool is not available everywhere and moreover it is still sputum based. There is a lot of research going on to use other body fluids for diagnosis."

In a symposium at this conference, Dr Ben Marais, Associate Professor, The Children's Hospital at Westmead Clinical School and Deputy Director, Marie Bashir Institute for Infectious Diseases, shared some of the recent advances made for diagnosing TB in children. He was informed that there has been a growing interest in:

(i) Assays with improved T cell phenotyping, like TAM-TB assay which has a sensitivity of 83.3% and specificity 96.8% but is not field ready as yet.

(ii)Using a selection of markers as a point of care screening test, by identifying a serological finger print of active TB—promising combinations have been identified but require validation.

(iii) Microscopically observed drug susceptibility (MODS) assay that has been successfully used in Peru and Hanoi and shown to be as sensitive as the GeneXpert. It is cheap with a quick turnaround time, but requires a BSL 2 laboratory facility, and is operator dependent.

(iv) PCR based Xpert MTB/RIF has been shown to be good also for extra thoracic samples like FNAB, bone marrow, and other tissue fluid. The new Xpert Ultra has a further improved sensitivity.

(v) The String test-- a noninvasive test for collecting sputum sample by swallowing a tablet with a thin string which is taped inside the patient’s cheek—after 4 hours the string is withdrawn obtaining the sample. It is used in adults who cannot produce sputum. But the yield in children is lower and kids.

Creating child-friendly drug formulations and speeding the development of new childhood TB treatments is another issue that needs serious attention. In 2010 WHO had released revised dosing guidelines for paediatric TB drug doses (increasing the dosage per kg body weight for isoniazid, rifampicin and pyrazinamide), based on evidence that children were not receiving enough TB medicines. The guidance and policy changed, but treatments conforming to these guidelines were not produced. To this day, providers concoct their own formulations by splitting or crushing pills that are made for adults, leading to improper treatment, and resulting in poor health outcomes and development of drug resistance.

Lamenting that even today there is a lack of appropriately dosed quality assured easy to administer drugs for children with TB, Dr Cherise Scott of TB Alliance told CNS, "TB Alliance has been working with other partners for making paediatric formulations of the current first line TB drugs. It has developed child-friendly products, in the correct dosages, that are better tasting and simpler to administer. We hope these will be available in the market by 2016".

From bad tasting big, broken and/or crushed pills to small, fruit flavoured and water dispersible pills is a big step ahead indeed!

But then there is need of new approaches to accelerate new paediatric TB drug development too. As of now, there is a generally a gap of 7 years or more between development and availability of new adult products and their paediatric formulations.

Dr Scott feels that, "This is more so because the drug industry finds it more profitable to concentrate on developing adult products generally, and so lags behind in making child friendly formulations. Accelerated drug development pathway should integrate adult and pediatric development process. We need to do studies and soon enough, to understand how the new drugs will work in children. This is what we are doing at TB Alliance. As soon as safety profiles will allow, we will start developing new formulations.

Traditionally companies have staggered testing in different age groups—from the oldest to the youngest. But this is quite flawed as we can test for different children’s age groups simultaneously, thus cutting the time involved in testing for paediatric drugs. We should not lag behind anymore. Then again, the question of having 2nd line drugs still remains. We hope that some of the 2nd line drugs, like injectibles, will be replaced very soon with friendlier options".

Dr Cherise Scott mentions the main challenges that still remain to tackle paediatric TB - lack of funding and resources; contact investigation and case notification of children to bring them into the system as there should be no reason for any child with TB to be not treated and get cured; and paving the way for new products and new innovations, not as an afterthought, but keeping children in minds right from the beginning.

Video interview with Dr Steve Graham is online at: