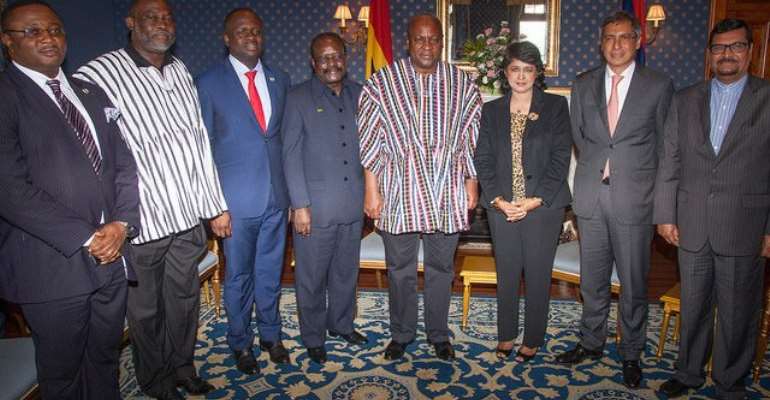 Ghana and Mauritius have signed a framework agreement for the development of a Technology Park at Tema.

The first phase of the park which will be developed and managed by a Special Purpose Vehicle, will be on a 6.1 hectare serviced land at the Tema Free Zones Enclave.

With an initial investment of $75 million to be scaled up to $250 million, about 5000 direct jobs and thousands of indirect job opportunities will be created on completion of the park.

The agreement signed by Minister for Communications Dr. Edward Omane Boamah and the Mauritius Minister for Finance and Economic Development, Hon Seetanah Lutchmeenaraidoo lists the deliverables of the park project as a cyber tower, an innovation tower, a multi-use facility, a conference centre and a hotel.

Wednesday's signing brings to four, the number of agreements and MoUs between the governments of Ghana and Mauritius, during the 3-day State Visit of President John Mahama.

The others are an MoU between Ghana's Standard Authority and the Mauritius Standards Bureau, an MoU on Cooperation in the fields of higher education, science and technology, and a Mutual Visa Waiver Exemption between the two countries.

The Le Morne, bearing the features of the slave trade and slave routes, served as a shelter for the slaves because the Le Morne mountain was used by the slave traders as a fortress to shelter escaped slaves.