Nigeria: On Criminalization Of Gay Behaviour We Stand 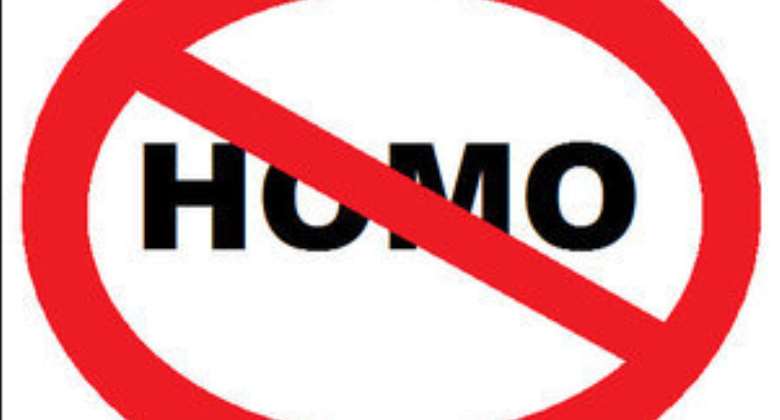 I hate to talk about the trivial same-sex marriage which now appears to be the dominant issue of discussion on the social and traditional media. I realize that the disgusting topic has been given this undue prominence simply because the Supreme Court's verdict in the US sanctions it.

I wonder why we do bother about it just because the US's President, the presiding judge who legalizes that disgusting behavior and the few deranged and impious gays who live in that perverse world of sinners win the legal battle.

The incontrovertible fact is, the United States, in spite of its so-called might and domineering influence in International politics, CANNOT enforce homosexuality on us. Our values are sacred. They are what define us as a distinct black race from the white people. We are a nation of MUSLIMS and CHRISTIANS who will not hesitate to pay the supreme price in defense of the values we so much cherish.

Despite the pressure from US and some western countries to use some self serving United Nations' conventions on human Rights to enforce nations to allow deranged and filthy outcasts (Lesbian, gay, bisexual and transgender) to claim "right" for same sake marriage, never will there be a time, now or in the future, when our nations will succumb to such moral debasement.

In most African countries and the Middle East, the laws prohibit homosexuality and the penalty for offenders in their statute books are severe. In Nigeria for instance, the law which was signed by former President Good Luck Ebele Jonathan made it illegal for gay people to even hold a meeting. The Same-Sex Marriage Prohibition Act also criminalizes homosexual clubs, associations and organizations, with penalties of up to 14 years in jail.

The sentence passed on gays in Nigeria seems to be light as compared to executions of men and women for same-sex sexual behavior in countries where Muslims are in the majority (Saudi Arabia, Iraq, Libya, Sudan among others). In India, "Anyone caught sharing with a kiss with someone of their own gender now faces up to 10 years in prison."

Even in Europe, where gay associations are permissible, there are still some countries that frown at gay behavior and same sex marriage. Russian Prime Minister, Vladimir Putin introduced a law that bans homosexual propaganda. Following this ruling, there has been report of upsurge of attacks on homosexuals and lesbians in Russia. "Gay sex is also completely illegal and punishable by up to five years in prison in Cyprus."

From which ever perspective we look at it, the union between two men or two women is wrong. What is morally corrupt is wrong no matter who sanctions it. "This denies the self-evident biological, physiological, and psychological differences between men and women which find their complementarity in marriage. It also denies the specific primary purpose of marriage: the perpetuation of the human race and the raising of children."

Africans and Nigerians in particular, should be wary of the recent clamor by the US and the West to legalize gay sex throughout the world. They are so concerned about this part of the world because of our huge population and high level of poverty which make our children vulnerable and easy prey to lascivious homosexuals and lesbians.

Nigeria is one of the countries targeted by the West to import such lewd behavior because of their perception of the country's "visceral" hatred of gays.

According to PEW Research, Nigeria is the most homophobic place on Earth. "When asked if homosexuality should be accepted by society, 98 percent of respondents said no." What this means is that Nigerians have zero tolerance for gays. And this is the reason why they want to enforce it on us.

What we read or hear about homosexuality and lesbianism in Nigeria is the tip of an ice bag. There are many gays in our country. They fear the consequences of exposing their sexuality, that is why we don't see them on the street campaigning for a "right" which they don't have. They operate in a secretive manner here and indeed throughout most African countries. If we give them the liberty to come out from the closet, we cannot stop them from polluting the rest of us. So the government, schools, religious institutions and parents MUST come together to protect this generation and the next generation of Nigerians from destructive and immoral homosexual tendencies.