Sodom And Gomorrah Is Gone 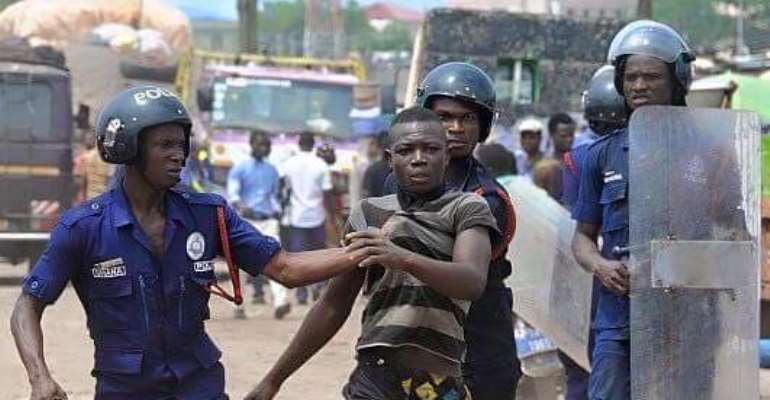 As a poor man, I TOTALLY and UTTERLY empathise with poor people. However, I know the pervasive poverty in this country goes beyond a handful of squatters on the outskirts of Accra. Therefore, I wish to disregard the populist argument about poverty as an excuse to break laws.

I also know that when poor people get displaced, their poverty accelerates. So if i were a populist, I will jump on to the bandwagon and criticise the AMA for demolition sodom and gomorrah and creating a semblance of a refugee situation in Ghana.

But I am not a populist. I am a realist. And realism tells me that, even if demolition is not TOTALLY and UTTERLY the solution to flooding in Accra, at least, it forms part of the TOTAL SOLUTION. A problem partly solved is better than a problem left untouched.

In my books, this sort of courage displayed by the AMA is the sort crucially required by our leaders to tackle difficult national issues - it doesn't matter how many electoral votes it will cost. Afterall, leadership is not about winning elections. It is about solving problems after winning elections. If President Kufuor and the NPP had half the courage several years ago to take the necessary action on sodom and gomorrah, today's debate would have been non-existent.

The AMA must however go beyond demolition of known and popular squatter communities and demolish even the most fanciful buildings that have been put illegally on waterways by well - to - do people in well - to - do communities in the capital.

It will be TOTALLY and UTTERLY unjust to ignore illegal structures that belong to people in power and opulence whiles concentrating the demolition on poor squatters. Ghana must move forward!!!