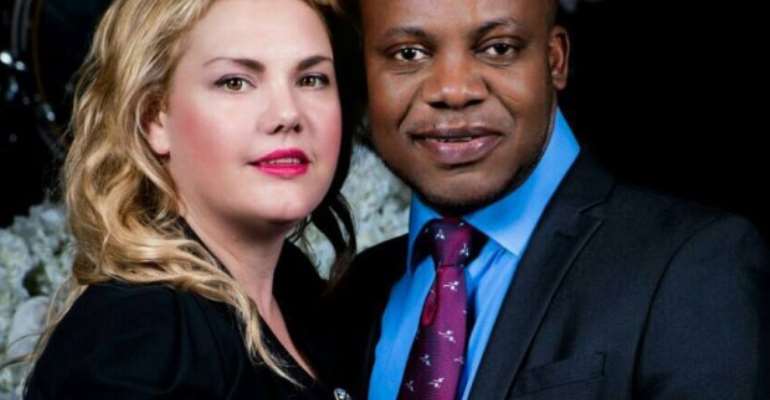 An Accra Central District Magistrate Court yesterday rejected a request by the United Kingdom-based Ghanaian pastor, Eric Isaiah Adusah, to send the body of his deceased British wife to England.

The pastor, who is accused of killing his three-months-old pregnant wife, Charmaine Speirs, 41, had wanted the court to release the body of his wife to him for burial in England due to the pressure from the family of the deceased.

The pastor of the Global Light Revival Ministries who was without his lawyers told the court that he would return to the country to stand trial.

Pastor Adusah is being tried over the death of Ms Speirs, between March 18- 20, 2015, at Mac Dic Royal Plaza Hotel in Koforidua in the Eastern Region.

Charged with murder contrary to Section 46 of Act 29 of 1960, the plea of the accused person has not been taken by the court.

But the prosecution, led by Chief Inspector Salifu Sanche, rejected the request, insisting the Attorney-General in her advice on the case had ordered the police to conduct further investigations into the case.

He said the A-G had also ordered that statements be taken from Pastor Adusah and also document text messages exchanged between the accused and Ms Speirs.

Chief Inspector Sanche posited that the prosecution was waiting for the full autopsy report of the deceased from the hospital before the A-G could fully offer her advice to the court.

Worlanyo Kotoku, the trial magistrate, rejected the request, stressing that the Global Light Revival Ministries pastor must exercise patience and wait for the full autopsy report for the case to be decided.

He ordered the prosecution to speed up the processes for a faster resolution of the case.

Pastor Adusah is currently on a GH¢200,000 bail he secured at an Accra Human Rights Court after several attempts at the magistrate court had failed.

Ms Speirs was found dead in the bathtub of the Mac Dic Royal Plaza Hotel in Koforidua where they both stayed in when they visited Ghana for a programme.

The body of the pastor's wife was discovered days after the accused checked out and travelled to the UKin the early hours of March 18, 2015, while the deceased was billed to check out on March 20, 2015.

The police claimed on the due date Ms Speirs was expected to check out, nothing was heard of her so the management of the hotel used a spare key to gain access to the room but found the deceased's lifeless in a bathtub with blood oozing from her nose and in a state of decomposition.

According to the police, the condition of the body clearly showed that Ms Speirs died a couple of days earlier.

The accused has denied knowledge of the offence.
By Jeffrey De-Graft Johnson
[email protected]