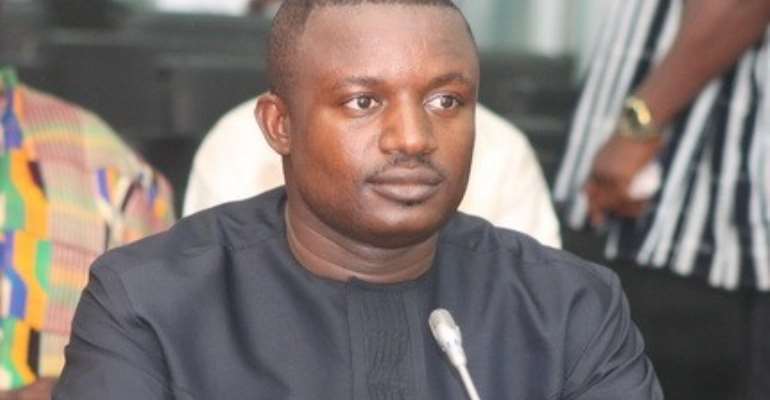 Deputy Minister of Power, Hon. John Jinapor has stated that people have to sacrifice for the trial of the Ebola vaccine.

He said that, the disease may be dangerous to be played with but it would be better to get the vaccine as well, thus the need for clinical trials.

"The fact that the trial is scary doesn't mean we should leave it. We should not say that the disease is not in Ghana so we wouldn't try the vaccine", he added.

According to him, the education on the clinical trials should be more to take away the fear people have on the trials of the vaccine.

Speaking on Peace FM's Kokrokoo programme as panel last Friday, the Deputy Minister added that, though he would not do the trial, people have to sacrifice. "People have to volunteer".

"If you tell me to do the trial, I would not but eventually somebody must do it. Sometimes people have to sacrifice to do something. Those days people sacrificed themselves when there was war to fight", he recounted.

On the contrary, the Managing Editor of the Insight Newspaper, Kwesi Pratt Jnr., opposed the clinical trials of the Ebola vaccine, citing that, the side effect is not known. He believes there is likelihood of the volunteers facing some other effect after the trials.

The Managing Editor, however, expressed his discomfort at Prof. Alex Dodoo, Clinical Pharmacologist of the University of Ghana Medical School, who had early on, via the same network and programme,backlashed Members of Parliament (MPs) for criticizing the clinical trials of the Ebola vaccine on the floor of Parliament, adding that the MPs might have done that out of the cries of the citizenry.

"It pained me when Prof. Dodoo attacked Parliamentarians, because they spoke, based on the cries of the people", he opined.

Meanwhile, a Legal Practitioner and a Member of the New Patriotic Party's (NPP) communication team, Nana Fredua, is of the view that the issues surrounding the vaccine and its trials is confusing. He said there has been a mindset that the Ebola disease is now in Ghana.

Giving his thoughts as a member of the panel, he stated that, "the whole issue is confusing, because the panic created is that the Ebola disease has been brought to Ghana".

According to him, MPs did a good job for deliberating on the clinical trials on the floor of Parliament, adding that, the lives of the people of Ghana are at stake. "Is wrong to say that MPs shouldn't have debated on the issue because the lives of children, mothers and everyone is at stake", he explained.

National Organizer of the NPP, John Boadu, who defined clinical trials as been conducted with phases on small scales to access whether it is safe for humans, did not agree with people who are of the view that the trial should not be done in Ghana, but suggested an insurance for the volunteers.

"I even suggest that those who would volunteer should be insured. There should be an insurance for them", he said.

"Proper investigation must be done because it is dangerous. How can $1200 is said to be given to people and you decide to give them GH¢200 and a mobile phone?", he asked rhetorically.

John Boadu, in Akan Language as the other panel members, said there should not be any commission on the investigation he want to be done.