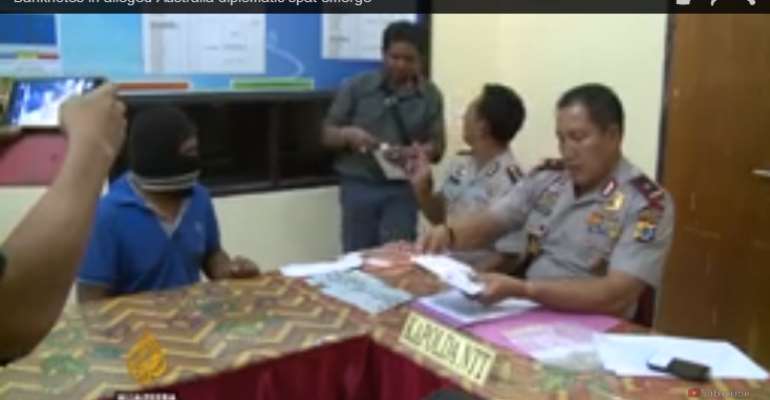 By speaking to the captain of the boat at the centre of the controversy, Al Jazeera have been given exclusive access to the banknotes alleged to have been handed over by Australian officials to people smugglers at sea.

The Indonesian police say the cash was given at sea by Australian officials to people smugglers to ensure they returned their human cargo to Indonesia.

The Australian government is still refusing to answer questions on whether the payment took place, which has sparked a major dispute between the two countries.

On Rote Island in Indonesia, Yohanes Humiang, the captain of the asylum-seeker boat, told Al Jazeera: "I told the Australian man we needed money so that we could return to our wives and children. He said, ‘Ok, we’ll help you'. As captain, I got $6,000 Dollars (US), the five crew got $5,000 (US) each."

The captain, now in Indonesian police custody, claims his boat was escorted by two Australian vessels over a two week period.

Eventually, passengers and crew were transferred to two different fishing boats that the Australians provided and, once paid in $100 notes, sent in the direction of Indonesia, according to the boat's captain.

Endang Sunjaya, Head of Regional Police in Kupang City, Indonesia told Al Jazeera the transactions were illegal: "According to our law, this is bribery. This is illegal. We will let the international world decide what should be the punishment for it.”

The Australian government have always insisted that their officials always have acted legally, despite legal experts saying paying smugglers to take people anywhere would be against international and even Australian domestic law.

Ameen Sangari Factory will be revived Under 1D1F — Akufo-Add...
19 minutes ago