Agricplus Calls On Farmers To Donate To Flood Victims 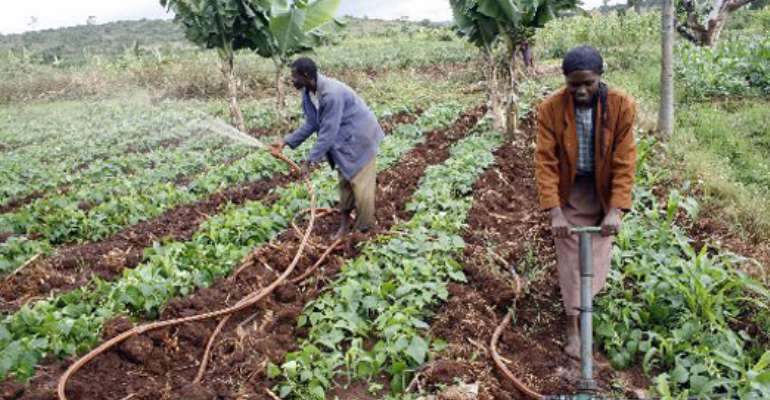 In showing support to the unfortunate victims of the Wednesday 3rd June 2015 disaster that over 152 people lost their lives, the Executive Director of Agricplus & More, Nana Agyeman Birikorang has called on individual farmers, farmers group and agric business institutions to donate some of their farming products and cash to support families of those who were affected by the 3rd June disaster.

Speaking to journalists at the lunch of June 3 Disaster Fund by TV3, the Executive Director of Agricplus was of the view that even though corporate institutions are donating cash and other items to support the victims, farmers are also in best position to help with some of their farming products.

“Trust me some of the victims have lost everything and they don’t have even one cedi on them to buy kenkey or cassava so food stuff from our farmers will be appreciated by these victims” he added.

Apart from donating undisclosed amount to support the June 3 Disaster by TV3, an Accra based Television station, Mr. Birikorang disclosed that he is talks with some of the agric business institutions in the country to come together and support the victims.

Agricplus & More is a private Enterprise that seeks to promote and organise agricultural related programmes.

Mr. Birikorang also took the opportunity to express his condolences to the families of those who have lost their love ones in the disaster.

He said “we simply cannot count the number of times lives have been lost through floods, governments have made promises to solve these problems but our leaders just cannot be bold and act on these promises because of votes” .

He however hopes that this unfortunate incident will prick the conscience of the sitting government and act promptly to solve the drainage problems in the country.

On Wednesday June 3rd 2015 close to 200 people who have gathered at a filling station for shelter because of a heavy downpour lost their lives when the fuel came in contact to naked fire.