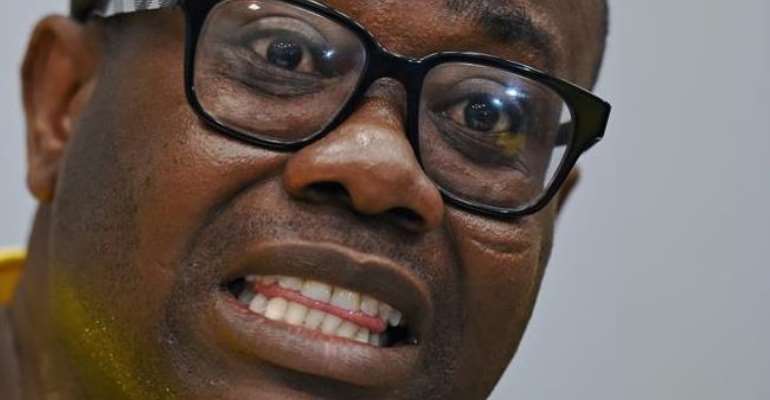 Recommendations have been made to investigate GFA boss Kwesi Nyantakyi

The Ghana FA fears the release of the government white paper over the work of the Presidential Commission which probed into Ghana's disastrous campaign at the 2014 World Cup could distract preparations ahead of Sunday's game against Mauritius.

Ghana's Attorney General Marrieta Brew Appiah-Oppong released excepts of government's approval on the recommendations made by the three-member commission on Thursday.

Amongst the accepted recommendations include further investigations into the Ghana FA's claims of debt incurred in the organization of some friendly matches in the lead up to the 2014 World Cup in Brazil.

It is also recommended that Ghana FA boss Kwesi Nyantakyi provides clarity on the application of a $200,000 handed him to prepare for the organization of a friendly match for the Black Stars.

But the GFA is concerned that commentary over the release of the white paper could distract Ghana's preparations towards its opening 2015 AFCON qualifier against Mauritius on Sunday.

'Absolutely [about whether there are jitters within the GFA over the release of the white paper] not but you will be concerned by the commentary that will be made over this issue especially as we are playing a crucial match against Mauritius on Sunday,' GFA spokesman Ibrahim Sannie-Daara told Starr FM.

'This is our worry but then like we've always maintained, we have nothing to hide.'

The Black Stars have resumed residential camping ahead of the game against Mauritius to be played on Sunday at the Accra Sports Stadium.

The Black Stars have been on a mission to win back the overwhelming support of Ghanaians following their disastrous campaign at the 2014 World Cup.

This therefore explains the concerns of the GFA who are desperate to see the Black Stars return to enjoyment of total support from all Ghanaians.