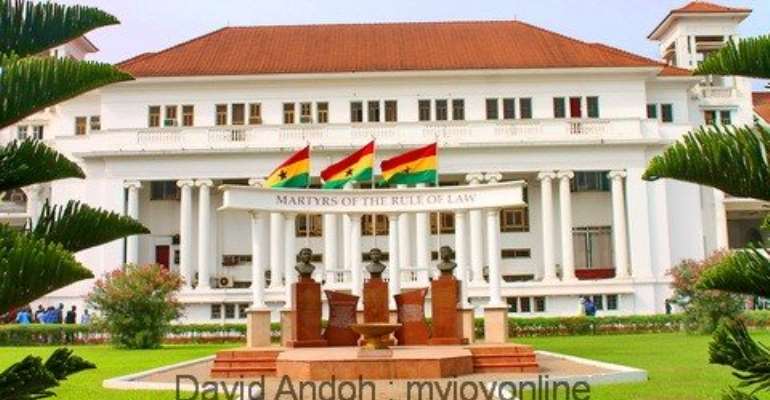 The Supreme Court has adjourned to July 14, 2015 hearing of the petition by a journalist seeking clarification on the modalities for the appointment of the head of Ghana's Electoral Commission.

The adjournment was at the request of state which is the main respondent in the case.

Richard Sky of Citi FM, an Accra-based radio station, filed a writ at the highest court of the land, requesting interpretation of the provisions of the 1992 Constitution relating to the appointment of an Electoral Commissioner.

With the tenure of Electoral Commissioner Dr Kwadwo Afari Gyan almost over, there appears to be a controversy over the processes involved in appointing a successor.

Article 70 (2) of the 1992 Constitution of Ghana says, “The President shall, acting on the advice of the Council of State, appoint the Chairman, Deputy Chairman, and other members of the Electoral Commission.”

Article 91(3) of the same Constitution says, “The Council of State may, upon request or on its own initiative, consider and make recommendations on any matter being considered or dealt with by the President, a Minister of State, Parliament or any other authority established by this constitution except that the President, Minister of State, Parliament or other authority shall not be required to act in accordance with any recommendation made by the Council of State under this clause.”

The petitioner, Richard Sky, wants a clear cut definition and interpretation on how a new EC Chairman would be appointed.

When the case was called today, the state, represented by the deputy Attorney General Dominic Ayine applied for an extension to file their statement of defence. The court granted the application.

The judges, however, asked the respondents to, within seven days, file their denfense and the petitioners to file their response.

The highest court prior to adjournment also asked both the petitioners and the respondents to agree on how the case should proceed.

Joy News' Kwakye Afreh-Nuamah who was present in court reported the court is likely to set a date for ruling at the next adjourned date.

Radio Gold, XYZ, others yet to receive re-authorization lett...
28 minutes ago