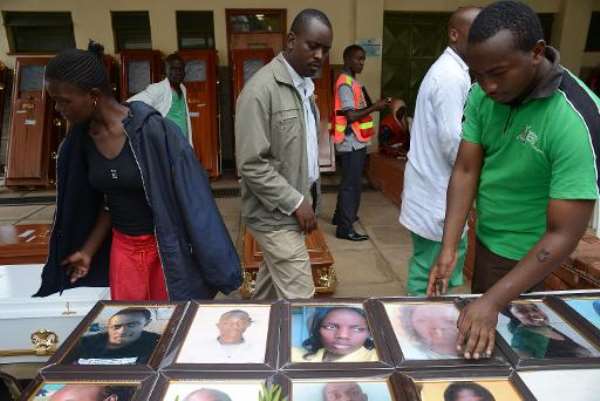 Mogadishu (AFP) - Somalia's government has issued bounties for 11 top leaders of the Al-Qaeda-linked Shebab militants, with $250,000 offered for the extremist's chief, Ahmad Umar.

Other rewards include $150,000 for the capture of Mahad Karate who runs the Amniyat, a special internal security wing that deals in intelligence and assassinations.

The Shebab are fighting to overthrow Somalia's internationally-backed government, but have also carried out a string of revenge attacks in neighbouring nations, including Kenya, where the extremists massacred 148 people last week in Garissa university.

Umar, also known as Abu Ubaidah, has led the movement since Ahmed Abdi Godane was killed by a US air strike in September.

The militant group has suffered a string of setbacks, losing territory in battles with regional forces and top leaders to drone missile strikes.

Rewards of $100,000 are offered for the capture of nine others, including Shebab spokesman Sheikh Ali Mohamud Rage.

Kenya has offered $215,000 for alleged Shebab commander Mohamed Mohamud, a former Kenyan teacher believed to now be in Somalia and said to be the mastermind behind the Garissa attack.