Africa Lost $528.9 Billion To Illicit Transfers In A Decade 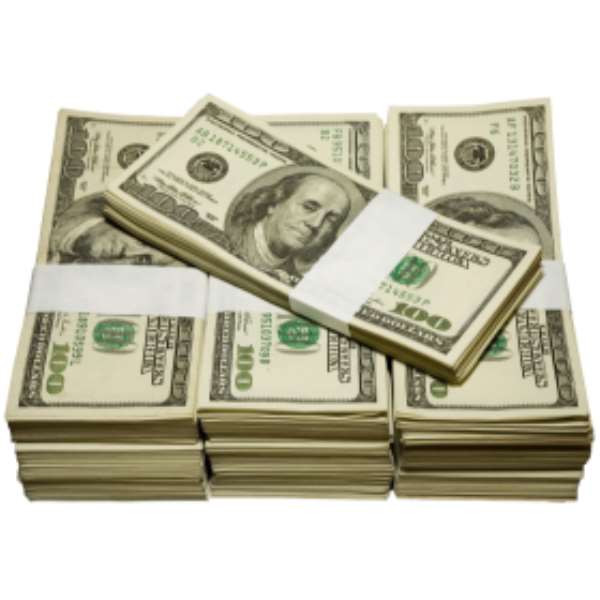 It has been revealed that illicit financial transfers are draining Africa of massive resources needed to uplift its majority poor from the claws of poverty and provide both productive and social infrastructure for development.

The African Civil Society Circle, a group of nine civil society organizations and think tanks from Southern Africa, has disclosed that Africa lost a staggering total of US$528.9 billion in a decade, from 2002-2012, to financial leakages.

A report by the group available to Public Agenda further reveals that the amount in issues far outstrips official development assistance which stood at US$348.2 billion, and US$284 billion in net inward foreign direct investment. Illicit financial flows refer to money that is illegally earned, illegally transferred or illegally utilized.

These illicit resource outflows reduce the total development resource base, and governments are forced to plug the gap with higher taxes that disproportionately fall on the poorest in society, as well as austerity measures that constrain the provision of public goods and services. Beyond this, the illegality of illicit financial flows is damaging to the state, as these flows are aided by bribery and theft, which ultimately undermine governance institutions.

Following the 2015 report of the High Level Panel on Illicit Financial Flows from Africa, chaired by the former South African President Thabo Mbeki, there has been much greater awareness across Africa of the magnitude of illicit financial flows and their implications.

Now, more than ever, policymakers at the national, regional and global levels must address the core issues surrounding illicit financial flows, which reduce Africa's ability to finance its development: unfavourable natural-resource governance models, tax avoidance and tax havens, as well as weak national financial institutions. The upcoming Third International Conference on Financing for Development, to take place in Addis Ababa from 13 to 16 July 2015, is an important opportunity to address illicit financial flows, their drivers and the resulting governance challenges.

Illicit Financial Flows as a Governance Challenge in Africa

Illicit financial flows and their negative impacts on development are rooted in four central issues that many African governments currently face: (1) poor resource governance models; (2) weak tax administration coupled with multinational tax-avoidance schemes; (3) tax havens, which are beyond the influence of African governments; and (4) the lack of resources for addressing financial crimes and money laundering.

Poor resource governance models
A joint report by the African Development Bank and Global Financial Integrity confirmed that the natural resource sector is usually the main source of illicit financial flows in African countries due to a lack of good governance structures that would enable citizens to monitor the amount and use of revenues. Moreover, there is often an information asymmetry between African governments and investors in the mining sector, which results in tax avoidance through the underreporting of the quantity, quality and composition of minerals. This is compounded by the inability of these African governments to effectively negotiate contracts with mining companies or their affiliates, which often results in transfer mispricing.

The engagement of multinational corporations in transfer pricing and other cross-border, intra-group transactions, the negotiation of tax holidays and incentives, as well as the use of offshore investment accounts constitute about 60 percent of illicit financial flows globally.

Such aggressive transfer pricing – which involves the inflation of profits in low-tax jurisdictions and lower profits in high-tax jurisdictions – is a problem affecting developed and developing countries alike. Despite efforts to implement the “arms length principle” in regulating trade between related parties and affiliates, African governments are often short-changed due to the inability to monitor multinational corporations effectively. It is also often impossible for African governments to monitor or review transaction costs declared by multinational corporations – for example, with respect to intellectual property rights – which force the governments to accept the numbers reported by corporations without verification.

Tax havens beyond the influence of African governments

Tax havens are major culprits in facilitating the illicit movement of resources out of developing countries and out of Africa in particular, as they create incentives for corporations to shift their profits. Apart from offering low to no taxes at all, tax havens offer very strong banking secrecy to both companies and individuals, making it extremely difficult, and in most instances impossible, for foreign authorities to obtain information about the account holders and the source of money.

As such, the opacity of tax havens prevents developing countries from obtaining the information needed to collect full taxes owed to them by individuals and multinational corporations. As a consequence of this profit shifting, African countries are experiencing an erosion of their tax bases.

Lack of resources for addressing financial crimes and money laundering Dealing with the trans-boundary flow of resources requires cooperation between source countries and tax havens, particularly on the automatic exchange of information for tax purposes. However, most tax havens are reluctant to share such information. The Swiss government, for instance, has adhered to the “upon request” system, wherein governments must send specific case-by-case requests to access information on potentially illicit tax practices. The major weakness of this approach is that members of African governments may have personal interests in refraining from requesting such information.

Moreover, in cases where double taxation treaties exist, there is often no provision for the automatic exchange of tax information, and national tax authorities may not even have the capacity to follow up on the many tax-avoidance schemes that exist. By entering double-taxation agreements with tax havens, most African governments have renounced their right to charge withholding taxes on financial resources channeled out of their countries. Finally, the need to attract foreign direct investments from these very same countries acting as tax havens, together with a lack of political will to cancel the double-taxation agreements, has stalled progress in plugging these financial leakages from Africa.

As such, reshaping the global financial architecture is necessary to reverse the problem of illicit financial flows and to subsequently mobilise the necessary domestic resources for development financing. The following recommendations point to key issues that require urgent attention:

At the national level, African countries should strengthen the capacity of their financial institutions – particularly revenue authorities and the ministries responsible for negotiating mining contracts – to monitor transfer-pricing rules and to adhere to the “arm's length principle.” Defining how interactions between these government authorities and multinational corporations, their affiliates or related parties is the first step in mitigating transfer pricing abuses and curbing one of the most critical aspects of illicit financial flows.

At the regional level, the African Union secretariat should expeditiously develop a road map and action points for the implementation of the key recommendations of the High Level Panel on Illicit Financial Flows from Africa report in view of short- medium- and long-term priorities.

Without a regional road map, the differing priorities of national governments will prevent the implementation of the recommendations and provisions.

This publication is a joint output of the African Civil Society Circle, a group of nine civil society organizations and think tanks from Southern Africa whose goal is to strengthen Sub-Saharan voices in global, continental, regional and national development debates and promote good governance through critical reflection and innovative ideas.