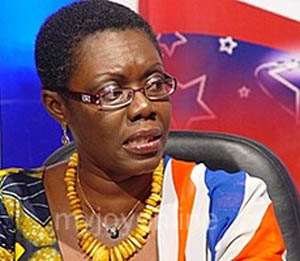 The NPP leadership may have good reasons for their decisions but the way and manner it was communicated I must admit wasn't the best. Like seriously? You mean to tell you don't know what I'm talking about ? I'm talking of the decisions as to how the parliamentary primaries should be conducted.

On the female members of parliament issue, the party could have engaged the constituency executives and the candidates that intend to contest them. Some of the female mps I must admit have lost touch with their constituents and for that matter may lose their seats in the general election.

On the coastal constituencies thing, I agree with the party to a point. Truth be told, there are certain constituencies in the Greater Accra region that the party won't win without an indigene. A typical example is Nii Lante's constituency. But in other constituencies, this isn't the case.

My constituency Ledzokuku is a typical example. In 2012, we presented Dr. Gladys Norley Ashitey but we lost to the Ndc that presented an Ewe in the person of Benita Sena. Our neighbors in Krowor presented Hon. Ayikwei Otoo who also lost to an Ewe from the Ndc. So it differs from constituency to constituency. The party must handle this thing very well because it can make or break the party.

We lost Ledzokuku because the Akans decided not to vote in constituency due the treatment that was metered out to some of them at Gonno school park in 2008. For the love of the party I won't give details of what transpired.

So to avoid such situations again, I humbly plead with leadership to rethink about it again.

On filling fees, I'll plead with leadership to do something about it. Times are hard.

I'm reliably informed that, Mr. Sam Laryea will contest the Ledzokuku seat. I endorse his candidature. Mr. Sam Laryea as proven beyond reasonable doubt that, he is a team player, a unifier, competent trustworthy and can win the seat for us again.

Ledzokuku has a YAM which must be dropped in 2016.

Five die in accident on Techiman –Tuobodom highway
44 minutes ago