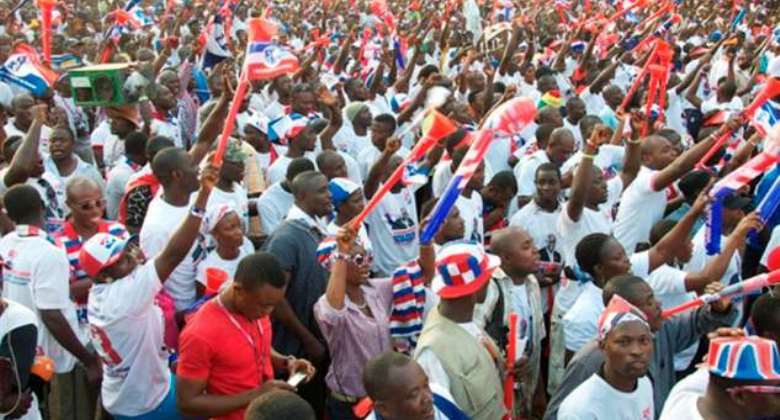 The president in his inaugural speech charged all to be citizens not spectators hence the betrayal of my stance not to comment on anything Npp until 2020.

One question that keep engaging my mind anytime I think about this great party is whether the Npp will survive the 2020 elections. During this period of deep thinking, I made some observations and I will respectfully want to share with you some of these observations.

1. BEHAVIOUR OF SOME APPOINTEES.
some appointees of this government have failed in their interactions and communications with the grassroots. Party folks had huge expectations and it's up to these appointees who had some sort of of interactions with these people to maintain that kind of relationship with them and help educate them to be measured with their expectations. Some have also been attacking those of us who tend to disagree with them on certain issues. I've been victim of such appointees. My dreams and aspirations which is clearly stated on Facebook was ridiculed by an appointee because I posted something on Facebook about the Central regional branch of the agency this appointee heads which he/she disagrees.

3. NEGLECT OF PARTY FAITHFULS
Most Npp faithfuls feel neglected by the party they worked tirelessly to bring to power. This is so because the party seems not to have any plan to fulfil some of their demands if not all. Those also in positions to offer help to these people whether deliberately or not don't help. Some will even rudely turn you away with their comments. A typical example is this comment an appointees made in respect to me. " YOU WANT TO CHANGE FOR WHO TO GO WHERE HE/SHE IS POSTED TO". It's not a crime to give preference to your party folks who are qualified for Christ sake.

4. OVER RELIANCE ON FREE SHS.
Most people in government tend to think free Shs alone will keep the party in power. I'll be last person to speak against this laudable policy of the Npp government led by the pragmatic Nana Addo but it shouldn't made to seem our stay in power is secured because of it. It's interesting to note that the Ndc is the greatest beneficiary of this policy since it's their wards who have had to enjoy this policy most.

CONCLUSION
The above points not withstanding, I believe the Npp will survive the 2020 elections should the right things be done and some of the points raised be addressed if not all. The government in my view has performed creditably well and deserves commendation. The Akufo Addo government has proven to be a listening government compared to his predecessor. The cancellation of the toeing levy is clear example.