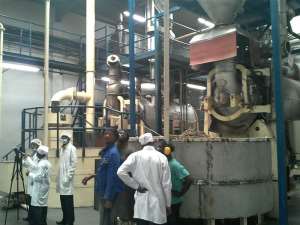 Dr. Oteng Adjei has recently come under the spotlight for his handling of Lexus 4X4 vehicles acquired for project implementation during his tenure as Minister for Energy.

What is quiet revealing about this incident is the fact that it appears there is an acceptable practice that permits Government officials to be gifted with duty vehicles of Ministries and government institutions when they finish their official appointments.

If that is the case, then the policy guidelines that support this practice have to be clearly spelt out and made public. If there is no such policy then proper guidelines for handling vehicles and logistics that are left over after implementation of Government projects should be clearly established for all Government officials to follow.

It is interesting however that this issue has been resurrected for political mileage by K.T Hammond and the NPP. This is because parallel references can fairly be drawn to an even more serious incident during the Kuffour era when 250 luxury BMW and Chrysler vehicles were imported for use in the AU Conference and Ghana at 50 events in a classic example of wastage in public spending. What happened to those vehicles which were imported during that period after the event? The answer is obvious that they were given to Government officials in secret transactions at a huge loss to the state.

Dr. Oteng Adjei's case therefore offers a good opportunity for a public inquiry to be conducted into the acquisition of the 250 luxury vehicles acquired during the NPP era also. The inquiry should eventually result in policy guidelines that would seal the loopholes that exist in public procurement which has been exploited by Government officials at a huge loss to the state as evidenced by Dr. Oteng Adjei's case and the case of the 250 vehicles procured by the Kuffour Government.