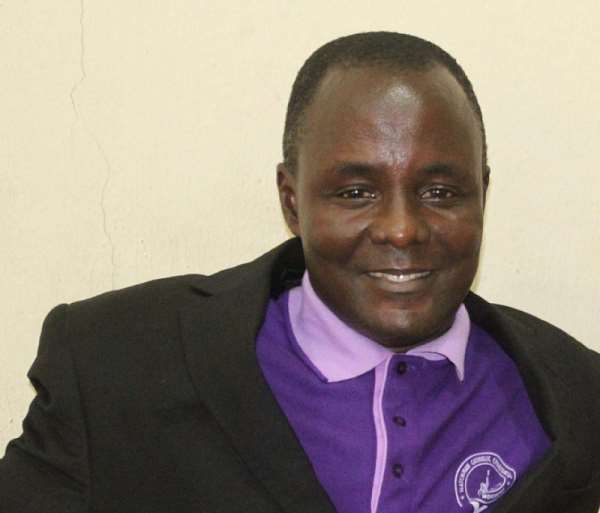 Not a few across the world are convinced that it has become completely impossible to feel any sympathy for President Robert Mugabe no matter what happens to him. Mugabe's 35-year old rule which has rewarded Zimbabweans with untold hardship has continued to defy any attempt at rationalization.

But when he tripped on a red carpeted staircase last Wednesday (February 4, 2015) and came crashing down to the ground as he descended a podium at the Harare International Airport after addressing a very enthusiastic crowd of Zimbabweans, I could not help nursing some discomfort over the prompt, massive celebrations that greeted the accident across the world. I almost found myself agreeing with the Zimbabwean Information Minister, Jonathan Moyo, that the global bacchanal over Mugabe's tumble amounted to “morbid celebrations.”

Mugabe must have been in a very pleasant mood that Wednesday. He had just returned from the 24th African Union (AU) Summit in Addis Ababa where, despite stiff oppositions from Civil Society organisations, he was crowned the new Chairman of the 54-nation body, a position that would now afford him a more elevated platform to periodically deliver well-aimed sound bites to the West, his mortal enemies.

Also, as his plane touched down in Harare and he saw such a large crowd of supporters waiting to receive him, he must have reassured himself that his western antagonists would once more get the message he has been trying hard to send across to them, namely, that he is still in power because Zimbabweans want him.

Again, on February 21, 2015, Mugabe will clock 91. He must have been happily looking forward to that day and hoping that his 49-year old, extremely fashion-conscious wife, Grace, would be discharged from the Asian hospital where she is recuperating from an appendix surgery, to enable her be on his side as he blows out the 91 candles that would be lighted on his usually very large Birthday Cake. And then he would once again announce to those eagerly awaiting news of his death or incapacitation that he is still “fit as fiddle.”

Mugabe had landed heavily on his knees and hands when he fell last Wednesday. For a 91-year old man, the effect would be quite enormous on his joints and ankle bones considering the height from which he fell, assuming there was no fracture. It would, therefore, really take a lot of work by his doctors and physiotherapists to get him up on his feet again very soon, although Mugabe is not lacking in his usual surprises.

Matters are not helped by the fact that he might be quite reluctant fly to Singapore to see his favourite doctors for quality medical attention due to the predictable deluge of more scornful coverage and speculations from the western media whose searchlight must be focused on Harare by now.

Indeed, these are not the best of times for the once ever calm, unflappable Uncle Bob, and one is left wondering if this historic fall, which caught his usually very alert, sharp and efficient bodyguards unawares, is symbolic.

Could it be indicating the commencement of Mugabe's long-expected demystification or the loosening of his grip on the soul of Zimbabwe and eventual exit from power? Is it being rudely impressed on Mugabe's rocky heart that for every beginning there is always an end, and that even the most reliable security structure can sometimes embarrassingly disappoint, and well-cultivated public image suddenly marred.

The frantic image reclamation effort in Harare since “the fall of Mugabe” has been surprisingly shoddy. Immediately Mugabe's aides picked him up with the speed of lightening, rushed him into his waiting Mercedes Benz and sped off, operatives of the dreaded Central Intelligence Organisation, rounded up all the journalists covering the event and ordered them to delete all the images of the fall from their cameras. But, despite this prompt preventive measure, the global media soon began to feast on pictures and footages of the great fall. It soon went viral on the internet spiced with memes further mocking him.

And then, the Zimbabwean government entered stage two of image management. Information minister Moyo told the Herald, the state-owned newspaper: "What happened is that the president tripped over a hump on the carpet on one of the steps of the dais as he was stepping down from the platform but he remarkably managed to break the fall on his own… I repeat that the president managed to break the fall."

For once, Mugabe's usually very reliable image managers would be wondering what was happening to them!

Always sharply turned out in well cut designer suits, Mugabe represents a beautiful image of what it means to “age gracefully.” At 91, he is still intellectually and psychologically intact, always at his impressive best during press conferences or interviews. Due to stiff sanctions imposed on his country because of his face-off with the West led by Britain after his “land reforms” which saw him “recovering” large expanses of land held by very few white farmers to the gross disadvantage of the black (native) majority, the economy of the country has been in tatters, and public infrastructure virtually collapsed. In 2010, a Zambian friend showed me a 40 billion Zimbabwean dollar bill which he said could not buy a loaf of bread!

You could be forgiven for admiring Mugabe if you neither lived in Harare nor Bulawayo. Many Africans are, however, at a loss as to how to deal with Mugabe. Will the West be hounding and demonizing him today if the vast lands were still in the hands of the few whites, even if he was the most ruthless dictator in Africa? That is the disturbing question.

Mugabe is driven by immense fear and, therefore, trusts no one except himself and, maybe, his wife. Would he not end up at The Hague and get the Charles Taylor treatment if he quits power?

This fear often leads him into hasty suspicions and dealing ruthlessly with his real or imagined enemies. Although he continues to deny it, a 1980s tribal massacre of over 20, 000 mostly Ndebele people which he was said to have ordered still make people shudder.

Mugabe told CNN's Christiane Amanpour in 2009 that the US and Britain are hell-bent on successfully executing what he calls their “regime change programme” in Zimbabwe which he says, “is aimed at getting not just Robert Mugabe out of power, but Robert Mugabe and his party out of power?” And that “naturally means,” he said, that “we dig in [and] remain in our trenches.”

Now “digging in” and remaining in their trenches have been at very grave costs to Zimbabweans. The MDC-T leader, Morgan Tsangirai, widely seen as the western tool for unseating Mugabe has been trashed in every election by Mugabe's ZANU-PF. And just recently, Mugabe sacked his deputy, Mrs. Joice Mujuru, accusing her of planning to assassinate him. His wife is now being touted as his favoured successor.

With Mujuru and her supporters reportedly planning to form their own party, a weakening crack is appearing in the once very formidable ruling ZANU-PF. And that for Mugabe presents a future pregnant with unnerving possibilities. Could it be that it was that future that was presaged in last Wednesday's fall?